Depression, chronic pain, and constant fatigue used to plague Tova Nachman’s days. At risk for diabetes, high blood pressure, and heart disease, the 5-foot-1-inch tall Jewish Pikesville resident weighed 220 pounds at her heaviest recorded weight. “There was a time when I wasn’t obese, but weight was always a concern,” Nachman, 27, said in a recent interview.

She recalled being unable to participate in activities people can take for granted. “Going on a roller coaster, you know, your bar doesn’t close, you can’t go on,” she said. “There’s just so many things that you’re held back from.”

“I never lived life before; I didn’t know what it meant,” she said.

According to Nachman, her breaking point was seeing pictures from her sister’s wedding last year. Beautifully coiffed and stylishly attired, she still felt unhappy with the person in the images.

But it was a conversation with her primary care physician, Dr. Kevin S. Ferentz — the chairman of the Department of Family Medicine at Greater Baltimore Medical Center (GBMC) — that set her on a path to health, she said.

“I’m really grateful to Dr. Ferentz, because he saved my life. He sat me down and had a pretty strong conversation with me and said that, you know, I needed to change some things,” said Nachman.

Dr. Dovec, Dr. Ferentz, and COMP’s director of nutrition, registered dietitian Jana Wolff, joined Nachman for her interview. In addition to adding their medical expertise to the conversation, this Team Tova gathering offered insight into the cultural factors contributing to obesity in the Jewish community.

“Every Saturday we have heavy meals. [Meals] that people would consider their Thanksgiving meal, we have every single week,” said Nachman. “There’s much room for error.”

“I would also say that many of our diets are Eastern European diets,” said Dr. Ferentz. “There’s a lot of fatty foods, and fat has many more calories than carbs or protein do; and so our diets are very fat-dense diets, and that leads to increased caloric intake.”

Wolff argued that longstanding personal attachments to certain cultural foods can make eating healthy more difficult. “I think food is so ingrained in the culture,” she said. “You show your love through food. And that’s how we were raised. It’s tough to say no, or it’s tough to have smaller amounts of the things that you really love, especially when they’re tied to memories and holidays and things like that.”

One in three adults and one in six children are affected by obesity, according to a recent report by National Jewish Health, a nonprofit specialty care hospital providing research, education, and patient care.

Dr. Ferentz said he feels there are aspects of Judaism that encourage maintaining a healthy lifestyle. “In the Orthodox community,” he said, “our perception is that our bodies are not ours. Our bodies are lent to us. And therefore, it’s our responsibility to take care of that body while we have it.”

Nachman also made it clear that her Orthodox faith was not a barrier to the surgery. “During the process,” there were definitely things that I had to consider,” she said, “like making sure there were vitamins that I could take that were kosher, certain protein shakes that are recommended. But honestly there’s nothing, nothing that stopped me, from a religious perspective. And no one should ever feel that because you’re an Orthodox Jew and you keep kosher, that it’s, you know, it’s any more restricting, because it’s not.”

Wolff agreed. “Whether you are kosher, have a gluten intolerance, or have [an] allergy to nuts, it doesn’t matter. We have to look at every single product that people are consuming. And we can build strategies around those different restrictions.”

“We can always make it work,” she said.

Dr. Dovec described bariatric surgery as a “life-saving tool” that is heavily underutilized. “Of all the patients that qualify for bariatric surgery, less than 1% actually get it,” she said.

Insurance and access to care are barriers, but “there’s a lot of negative misconceptions by the general public, that they just don’t know about these operations, or they think that patients have to be 600 pounds and be cut out of a house to qualify,” she said. “They think their life is going to be so drastically different, they’re going to be punished, they’re not going to be able to eat, they’re not going to be able to be social, they can’t go out and have fun. But all those things are simply not true. I think that once you set the record straight, it’s very helpful.”

Dr. Dovec acknowledged that bariatric surgery patients can have post-op complications such as trouble absorbing nutrients or developing iron-deficiency anemia. Dr. Ferentz still agreed with her though that the benefits outweigh the risks.

“The health risks of morbid obesity and obesity are so much greater than anything bad that can happen to you after the surgery,” Dr. Ferentz said. “About 300,000 people on average die every year in the United States from obesity, and that’s due to the health risks associated with obesity: diabetes, hypertension, hyperlipidemia, sleep apnea. Every single one of those problems goes away, to a great extent, with bariatric surgery. So, there is countless literature, showing that people who have bariatric surgery live longer than people who don’t have bariatric surgery and remain morbidly obese.”

“I started GBMC’s Comprehensive Obesity Management Program and Dr. Dovec’s NewTri Program at 213 pounds,” said Nachman. “Through the NewTri program and working closely with Jana, I lost weight before surgery and I weighed 194 pounds on surgery day. Today I weigh 127 pounds.”

Nachman wasn’t left to her own devices post-surgery, however — that’s not how this works. There was continual support available before, during and after the procedure.

In addition to the health benefits — lower cholesterol, no more chronic fatigue or pain — the psychological benefits for Nachman have been marked. “When I started losing weight, I started developing this sense of confidence and having this desire to, like, go out and explore the world and be active and be social, and wanting to support other people and wanting to support myself,” she said. “It’s best thing ever.”

To celebrate patients like Nachman, and the doctors and medical personnel who support them, GBMC throws an an annual Reveal Party. Held this year at Martin’s West’s glitzy ballroom, the fifth annual event featured former patients strutting their stuff down a lengthy black catwalk after a pair of singers performed a cover of Sara Bareilles’ “Brave.”

Another Jewish patient at the event, Eric Gertner, said that the surgery was necessary for his ability to care for and enjoy life with his family.

“I mean, I couldn’t even go on rides with my kids when we went to the amusement parks,” said Gertner, 45, of Westminster. “It was really difficult. Up and down the steps I was out of breath.”

“I made a decision, at that point, that I need to be healthy for them,” he said. “I wanted to make sure that they were going to be taken care of, and not watching me die because I’m obese.”

“I’m so glad that I found this group and that I did [the surgery], because my wife is now fighting cancer, breast cancer.” She underwent a double mastectomy, and is currently in chemotherapy and radiation, he shared. “I will tell you this: If I wasn’t — if I didn’t make this decision to get myself healthy again, I wouldn’t be able to step up and help. Just watching how strong she is and how much of a warrior she is, it’s actually made me stronger through the process. I can’t even believe that I’m able to help as much as I am.”

Towards the evening’s end, after dozens of former patients had sashayed down the runway with cameras rolling and family members looking on, Nachman made her own entrance. Her blue-black damask dress looked sleek in the bright lights, and her hair and makeup were perfection, but nothing outshone the joy and pride in her face. “This is a very physical experience, but there is a mental component to it,” Nachman said at the event. “We’re warned beforehand, you know, your body changes so fast, and your mind … still needs to catch up.”

“Now all of a sudden, when weight is not an issue… it’s weird. And it’s kind of scary a little bit.” It is also exciting and empowering, she said.

“Words can’t even explain what life is like now. My quality of life has changed drastically. I feel fantastic. I have energy, I’m lively, I feel like I’ve been given a second chance.” 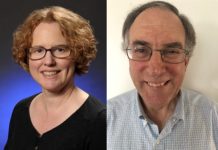 Nonprofits warn of eviction crisis on the horizon