A year ago, if anyone were to have asked me how Judaism had any relationship to my identity as a Christian African American girl, I would have said that there was no relationship. I now understand that the discrimination against Jewish and African Americans is so interconnected that it overshadows any differences between religion and skin color. On Dec. 5, my group for the Elijah Cummings Youth Program (ECYP) in Israel visited the Holocaust Memorial Museum in Washington, D.C. Seeing how men, women, and children were dehumanized and treated as outsiders in their own countries reminded me of how significant the formation of Israel was to the global Jewish community. They desperately needed a promised land that would free them from the thousands of years of injustice they faced in other nations.

The idea of a promised land is something that I felt connected to. My family left their lives behind in Kenya for the United States, a country they believed would give them the liberty that their own country had denied them, and saw a future for me. They did not know at the time, but America was not a place created for immigrants or first-generation children. It was a country of police brutality and systematic racism that would always keep me just out of reach of attaining the American Dream that my parents had worked so hard to give me.

I thought back to discussions that I had with Ethiopian Israeli teenagers when our group traveled to Israel for a cultural immersion trip this past summer. They explained how their families fled Ethiopia during a time of social and political instability in search of the security of Israel. Instead, they were met with prejudice. They were targets of police brutality and institutionalized racism based on the color of their skin, just like African American teenagers in the United States. The hope of the American Dream and a promised land seemed to be more like fantasies than realities for people of color.

I kept those thoughts in my head as we continued our tour of Washington, D.C., when I turned my head to look toward Capitol Hill where the impeachment hearings of President Donald Trump were taking place for his crimes against justice. The hypocrisy of the justice system felt especially personal to me, because I want to study government and international studies and go into a career as a human rights lawyer. I questioned whether my work for social justice would be in vain, or if I would be working to actually defend the rights of people across the world.

During the next part of our trip to D.C., we visited Sen. Chris Van Hollen. I asked the senator how Congress was working to fix immigration policies in the United States. He responded with the bitter-sweet explanation of how Congress was making great strides to implement the DACA [Deferred Action for Childhood Arrivals] program as a permanent law, but how not much could be done to protect the rights of undocumented immigrants due to the opposition of the current administration.

The final part of our D.C. trip led us to the Martin Luther King Jr. Memorial, where we reflected on the messages of Dr. King engraved in the marble stone. I felt that one quote spoke directly to me. It said, “Make a career of humanity, commit yourself to the noble struggle for equal rights. You will make a greater person of yourself, a greater nation of your country, and a finer world to live in.”

As I looked up at the towering statue of Dr. King, I felt as though I was looking at another great leader as well: Elijah Cummings. Elijah Cummings made a way for Jewish Americans and African Americans to work together to create a world grounded in equality and community between two cultures that have a deep history in discrimination. He believed in me, a girl that would work to fulfill his work of advocacy. I understood that I would be the one to carry the flame of his legacy.

Carlene Mwaura is a second year fellow of the Elijah Cummings Youth Program in Israel. She is currently a senior at the Institute of Notre Dame in Baltimore and graduates this spring. 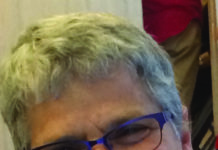