Michael Bernstein, 11th grader at the Jemicy School in Owings Mills, received the 2019 ‘Save of the Year’ award from the Maryland State Youth Soccer Association. Michael was recognized for a fantastic play he made during a Spring 2019 tournament near Philadelphia, Pennsylvania, while goalie for the Baltimore Celtic Soccer Club’s 2003 Elite ECNL boys team. Michael is the youngest son of Bryna and Louis Bernstein, of Reisterstown. 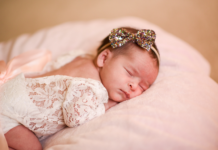