It’s no secret that Israelis can do amazing things with spicy foods. Exhibit No. 1: zhug, the hot sauce derived from chile peppers that seems to be taking the world by storm.

But some of the greatest excitement today in Israel surrounding chile peppers is happening outside the kitchen — in laboratories, where scientists are experimenting with the pain-suppressing properties of hot peppers for uses as critical as the treatment of pain associated with cancer.

Few things in life hurt more than diseases like bone or uterine cancer, or the chemotherapy used to treat them, according to Israeli pharmacologist and researcher Avi Priel. Unfortunately, patients don’t have many alternatives to effective yet addictive pain medications like OxyContin, Vicodin, fentanyl and morphine. These are opioids.

Priel, 44, is among dozens of researchers worldwide now hard at work seeking to find non-addictive therapies to help cancer patients bear their pains. He heads a seven-person lab at Jerusalem’s Hebrew University-Hadassah Medical School. The goal of his current research project is to stop the pain from reaching the neural receptors of patients’ brains. That way, they simply won’t feel the pain.

Capsaicin, the irritating phytotoxin found in hot chile peppers, is key to this approach. Capsaicin is what gives condiments like zhug and Tabasco sauce their intense punch — and what makes pepper spray so irritating.

But capsaicin also has the capacity to block pain receptors. It long has been in use in topical pain relief compounds that when applied to the skin cause a minor burning sensation. Priel is studying capsaicin for its potential to replace addictive opioids in alleviating the chronic pain often associated with cancer.

“What we want to do is develop drugs that will enable us to target only the pain fibers in the periphery and stop those neurons from transmitting the noxious stimuli signal to the brain,” Priel said. “For this purpose, we are working on proteins we call pain receptors because they are mainly expressed in the pain system.”

TRPV1, one such promising receptor, is the focus of Priel’s current lab work with rats.

Activated by capsaicin, TRPV1 detects and regulates body temperature. It also provides a sensation of pain and scalding heat.

“The pain system is built to signal us there’s a problem,” explained Priel, whose lab focuses on the cellular, molecular and pharmacological basis of pain receptors. “But if the pain system itself gets injured, it starts to send signals that don’t exist.”

Chemotherapy, radiation and surgery also damage neurons, causing cancer patients varying degrees of pain. Discomfort usually lasts for a few days or weeks, but sometimes it can last for three months or longer.

Pain is also a major quality-of-life issue for women with breast or ovarian cancer and men with prostate cancer.

“Most cancer patients would suffer any pain you can imagine if it would help them get rid of the cancer,” Priel said. “But they don’t want the pain after that. They want to go back to their normal lives.” 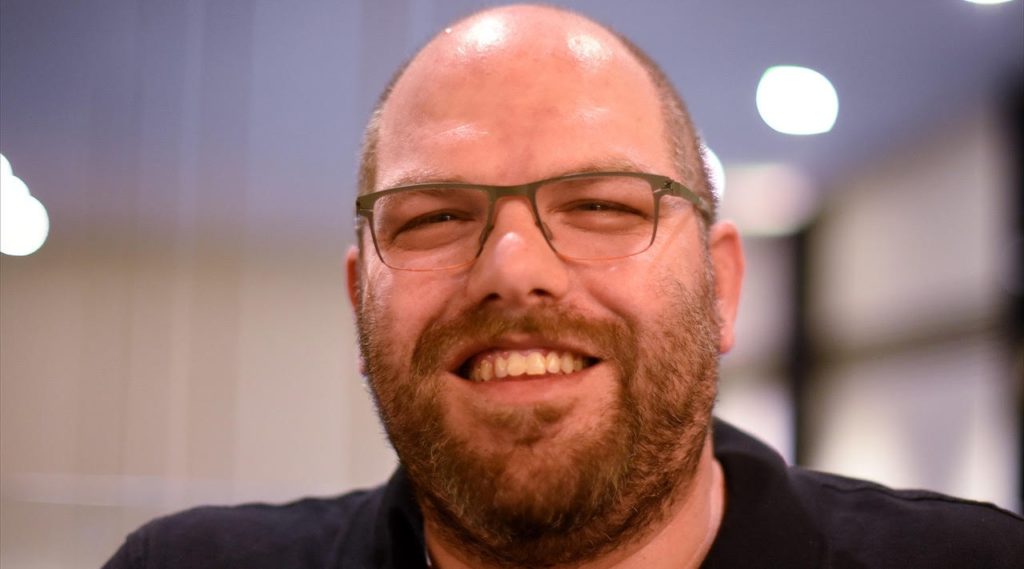 Priel’s research is financed in part by a three-year, $250,000 grant from the Israel Cancer Research Fund’s Brause Family Initiative for Quality of Life. Ruth Brause, who lives in New York’s Westchester County, said her family created the fund after her 89-year-old mother died of pancreatic cancer in 2000.

“During this whole horror, she was in terrible pain,” Brause recalled. “They gave her morphine, but only on a scheduled basis and there was no reason not to have given her more. In the United States at least, pain management has not been dealt with properly, which is why our family decided to fund this initiative.”

Brause added that she is enthusiastic about Priel’s work.

“We congratulate Dr. Priel for trying to figure out something that’s not addictive — especially in light of the opioid crisis we have here in America,” she said.

Priel has been focused on pain management since 2007. Originally from Beersheva, he earned a bachelor’s degree in chemistry and a master’s in neurobiology at Ben-Gurion University of the Negev, and went on to get a doctorate from Hebrew University. He did post-doctoral work at the University of California, San Francisco.

His current work to find non-opioid treatment for pain could not come at a more critical time. Legal opioids are now at the center of a prescription-drug overdose epidemic that has killed more than 400,000 Americans since the 1990s, sparked multibillion-dollar lawsuits and led to the bankruptcy of at least one leading pharmaceutical manufacturer.

“Opioids were really good as long as they were under control,” Priel said. “Unfortunately, these drugs were abused, and because of the crisis opioids got a really bad name. They’re highly addictive, they cause respiratory depression and they are euphoric. When you abuse them, they become lethal.”

Zachary Siegel knows the perils of opioid addiction firsthand. The Chicago native started sneaking cocktails at bar mitzvahs when he was 13 and soon moved on to marijuana and pills. Siegel was hooked on opioids by the time he finished high school, when at age 17, a friend sold him OxyContin. He later moved on to heroin.

“The clinical definition of addiction means these drugs are ruining your life but you can’t stop using them. If someone is taking opioids every day for pain and they’re not suffering consequences — breaking into cars or robbing pharmacies to get their fix — then they don’t meet the criteria of addiction,” Siegel said in a phone interview from Chicago. “Of course, some people in chronic pain do go on to meet the definition of addiction. But the vast majority of those who are prescribed opioids do not get addicted to them.”

In Israel, Priel attributes the lack of an opioid crisis to the very tight control that doctors and pharmacists maintain over prescription medications.

“The medical society here never let it go like in the U.S.,” Priel said. “Here, doctors prescribe opioids only for very specific things like car accidents, just for the acute period — and only in hospitals. They won’t give you opioids because your toe got stuck in the door.”

While some patients and advocates argue that cannabis — a derivative of the marijuana plant — may be an effective alternative to opioids for pain management, Priel demurs. Cannabis may help cancer patients sleep and give them an appetite, but it can’t offer pure relief from pain the way opioids do, he said.

“In the best-case scenario, except for minor pain, completely replacing opioids is a dream. I don’t think that’ll ever happen because opioids are too good,” Priel said. “What I hope is that one day we’ll be able to give cancer patients an add-on drug to reduce the amount of opioids they need.

“If we can do that,” he said, “problems with addiction and overdosing will go down dramatically.” 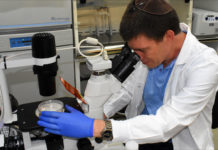