This show has been postponed.

An Egyptian police band is on their way to perform at the Arab Cultural Center in Petah Tikvah. After a misunderstanding, they end up instead in Bet Hatikva, a town in the middle of the Israeli desert that the residents describe as bleak and bland. Across cultural barriers, the members of the Egyptian band and the Israeli residents of the town connect.

This is “The Band’s Visit,” a 10-time Tony Award-winning musical coming to Baltimore’s Hippodrome Theatre March 17-22.

At its heart is an unrealized love between the Egyptian bandleader and Israeli cafe owner.
It is a show that brings diverse cultures together through Middle Eastern scores with rock and jazz elements. Written by David Yazbek and Itamar Moses, this Broadway musical opened in 2017 and is based on the 2007 Israeli comedy-drama of its same name.

“We are thrilled to host the 2018 Tony Award Winner for Best Musical,” said Ron Legler, France-Merrick Performing Arts Center president. “This beautiful story is a celebration that we are all more alike than different. We can’t wait to share this world-class timely production with Baltimore audiences.”

Rather than politicizing a setting that often brings up topics of debate, the show focuses on little, awkward moments and gentle, budding love. At the same time, it doesn’t shy away from representing diverse cultures.

Jennifer Apple, 31, plays Anna, one of the Israelis. “She is fun, direct, a breath of fresh air, vibrant,” said Apple. “I lived in Israel for a year. I lived in a town that had some energy similar to the town of Bet Hatikva, and I definitely know people who are like Anna. There were locals who resembled her and were spicy and tell-it-like-it-is.”

Apple, a New York native who said she has been singing since she could speak, said she relates to that bold personality. Plus, she said, she always brings a part of herself to any role.

Originally an athlete-theater kid — “yes, they are kind of opposites!” — she eventually leaned into theater and now has a career with a resume that includes the movie “You Matter to Me,” and the NBC TV series “New Amsterdam.” Adam Gabay, 21, plays Papi, another one of the Israeli characters. Gabay, similarly an Israeli, describes Papi as a shy boy who doesn’t know how to talk to girls but finds his outgoing side in the play with help from one of the band members.

Gabay comes to this role as a second chapter to the story’s evolution. His father, Sasson Gabay, starred in the 2007 Israeli movie version. “We are father and son and also colleagues and friends,” said Gabay, who has also performed in the Israeli show “She Has It” and the movie “When Pigs Have Wings.” “It’s really nice to share a culture in a variety of relationships.”

Besides each other, Gabay and Apple said that the cast and crew have great chemistry.

“I feel like [the director] brought back what it means to collaborate behind the scenes,” said Apple. She said there was a respectful atmosphere of listening and excitement. When they first met, the team shared stories to get to know each other better. Now, they also have Friday night Shabbat dinners, regardless of their faiths, and a “Shabbat shot,” according to Apple. “Coming together and being together as people was crucial to the way we tell the story. The bonds we have on the road — it’s a rare show dynamic that honestly is reflective of the show.”

Gabay is particularly proud of the talented musicians and cast. They reflect the cultural range of the show and its commonalities.

“We have folks from Israel, from Palestine, from Canada, from France, from Egypt,” he said. The vibrant languages, religions, and ethnicities allow for a culturally rich art to the show. “They are above the politics. Everybody is showing the idea of respect and listening.”

Tony Shalhoub, famous for his role of “Monk”, played Tewfiq, the Egyptian bandleader, in the original cast. Shalhoub, a son of first- and second-generation Lebanese immigrants, told Hollywood Reporter that the musical’s depiction of tolerance and bridging ethnic divides may be part of its resonance.

“I have a feeling that this piece would work at any time,” he said. “When the movie it’s based on came out, there was a bit of a period of calm. But I think this show would resonate whether tensions were high, moderate, or low.”

Apple pointed out that the songs bring the languages of Hebrew and English together, in addition to the blends of Middle Eastern music and jazz and rock genres. “Music brings everything together,” she said.

Gabay added that “The Band’s Visit” includes instruments that may be unfamiliar to Americans, such as the oud. “People ask like what is the name of this? In Israel, everyone knows,” Gabay laughed. He is happy to see the U.S. welcome new sounds and instruments.

Apple said that the cast may not reflect the demographic audiences are used to, and its emotions show a heart of a community that is not highlighted often. “I really believe art can change people and the world,” Apple said. “It’s incredible to be part of a show that is so different than what we are used to. … The show really is about human connection. The world really needs that.”

Gabay agreed that the essence of the play is about human connections. “We are all human beings, and we are experiencing the same things,” he said. “We all want to be heard. We all want to express our feelings, to deal with our fears, to wonder about life.”

Gabay is happy to see U.S. audiences welcome international stories like this one. “America is starting to choose the art and not just American things because they are Americans,” he said.

“It shows our country is moving to a place of more acceptance … to see that these people are people with stories,” Apple said.

Gabay said he believes it’s important to see different people represented in media. Once people are relatable, they are harder to deride or objectify.

And the most relatable element of the musical is love.

“Maybe music is the food of love; But music and love, who can tell them apart?” sings the character Avrum in “The Beat of Your Heart” song. Indeed, music is the play’s tool to convey the personhood of these characters.

The show attracts a variety of people, Apple said; some come because of the Tony Awards, and some come with less knowledge of musical theater. “The Band’s Visit” is not as “sparkly” as more mainstream media can be, Apple said, but this is why everyone can find something to relate to in its raw honesty.

“The show is really sneaky,” said Apple. “Every single person is like, ‘I didn’t expect to feel what I felt.’ It’s sneaky because it’s about humans.” 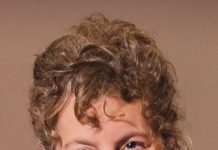 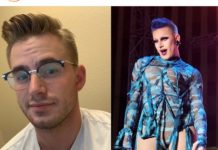