By JTA and Jesse Berman

The human element can get lost amidst this wave of statistics, and so it may be helpful to pause and reflect on just a few of those who have been taken from the world’s Jewish community by this epidemic.

A curator, art historian, and writer with a long history of working with New York City’s Jewish Museum, Maurice Berger died March 23 at 63.

“For more than 25 years, Berger was a valued colleague and friend of the Museum who passionately demonstrated the highest standards of scholarship and intellectual integrity,” the Jewish Museum said in a statement. “His work on race relations, American and Jewish culture, and his belief in making exhibitions and the written word meaningful and accessible for everyone, inspired, challenged, and encouraged so many in the curatorial profession — and beyond.”

Raised Orthodox Jewish, Berger grew up in a poor section of New York’s Lower East Side, among many black and Latino neighbors. The experience led to his maturation as an avowed anti-racist, which formed a cornerstone for much of his later work. This included essays, books, exhibitions, and his 1999 memoir “White Lies.”

“As a Jew, I have known anti-Semitism. As a gay man, I have known homophobia,” Berger wrote. “But neither has seemed as relentless as the racism I witnessed growing up — a steady drumbeat of slights, thinly-veiled hostility and condescension perpetrated by even the most liberal and well-meaning people. It was painful to watch, and as my friends let me know, considerably more painful to endure.”

A Holocaust survivor turned partisan resistance fighter in Czechoslovakia, Rabbi Romi Cohn died at age 92 after being admitted to the hospital for COVID-19, March 24.

During World War II, Cohn aided in the liberation of 56 families. Decades later, on the 75th anniversary of the liberation of Auschwitz, Cohn delivered the opening prayer for the U.S. House of Representatives, Jan. 29.

Following the war, Cohn would later write a book on his experiences, titled “The Youngest Partisan.”

In addition to his career as a real estate developer, Cohn also worked as a mohel, personally performing 3,000 circumcisions and training 100 students to work as mohels themselves. Cohn never asked for payment for his services as a mohel and trained his students on the condition that they follow his example.

The chairman of the Boston-based public relations firm Rasky Partners, Rasky has been hailed as a highly desired political adviser and communicator whose talents were sought after by charitable agencies, Fortune 500 companies, and national political leaders.

Rasky’s relationship with Biden dates back to the then-senator’s 1988 presidential campaign. In 2019, Rasky played a major role in the super PAC Unite the Country to support Biden’s current White House bid. The former Vice President described Rasky as “a real friend,” according to the Boston Globe.

U.S. Sen. Edward Markey of Massachusetts lauded Rasky’s support of organizations like the Anti-Defamation League and Jewish Alliance for Law and Social Justice, saying that Rasky “exemplified the spirit of the Jewish concept of tzedakah.”

A well-known Brazilian artist and educator, Daniel Azulay died from COVID-19 in Rio de Janeiro, March 27 at age 72. At the time he was undergoing treatment for leukemia.

Credited with creating the popular television franchise “Turma do Lambe-Lambe” that was widely absorbed by Brazil’s youth, Azulay’s art was featured in exhibitions around the world.

Azulay was also a descendant of some of the founding members of the first Sephardic synagogue in Rio, and at 21 became a member of his country’s tennis delegation to the Maccabiah games in Jerusalem.

On March 28, mourners were leaving tributes to Azulay’s life and legacy on his Facebook page.

“Azulay had a unique way to draw,” said Arnon Velmovitsky, president of the Rio Jewish federation, “an expression of his Jewish ability to convey art.”

Frida Wattenberg was too young to get a driver’s license when the Nazis invaded her native France in 1940.

But three years later, at the age of 19, she was already risking her life by helping to drive Jewish children out of occupied France into neutral Switzerland.

Wattenberg died in Paris on April 3 from the coronavirus. She was 96.

“She was a courageous woman and an indefatigable fighter,” the Memorial for the Shoah wrote in an obituary.

Born in Paris in 1924 to Jewish parents who had immigrated from the central Polish city of Lodz, Wattenberg was an activist in the Jewish youth movement HaShomer Hatzair from her early teens. Months after the Germans invaded, Wattenberg, then 16, was recruited into the resistance.

In 1942, she secured her mother’s release from Vel d’Hiv, the notorious internment point for Parisian Jews, by obtaining documents indicating her mother was an employee of a factory deemed vital to the German war effort. A year later, she was in Grenoble, in southeastern France, helping smuggle Jewish children, many of them orphans, across the border to safety.

“It was horrible what went on all over Europe,” Wattenberg said in a detailed, 97-minute testimony that she gave the Memorial for the Shoah in 2014, when she was 90. “We couldn’t save the adults always. But we tried to do what we could for the children.”

After the war, Wattenberg continued to work with refugee children, becoming a case workers for OPEJ, a Jewish community group that took care of war orphans. An ardent Zionist, she helped organize clandestine immigration by Jews from to pre-state Israel. 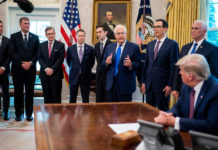 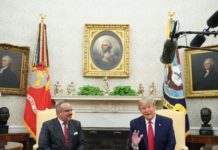