Growing up, Harry Burstyn of Baltimore heard his father, a Holocaust survivor, scream in his sleep at night.

Burstyn, 56, recalled how his grandmother would wait by the window and watch for the family to return home whenever they went out. “God help them if they were 10 minutes late,” he said. He learned to call his parents frequently.

For the children of Holocaust survivors, trauma didn’t end with their parents’ generation. Trauma had a way of shaping their lives, too.

How can trauma affect parenting?

According to Steven Salzberg, 66, a Baltimore psychiatrist and child of a Holocaust survivor, children can be affected by their parents’ traumas.

“Children of survivors have nightmares as if they were in them. It becomes, in a sense, part of their psyche,” he said.

“I was an overprotected only child,” she said. “I never rode a bike, ice skated, or roller skated, played sports, or learned to drive until I was 25. I was always to be protected and could never get hurt. Any cough, sneeze, rash, pain meant a visit to the doctor.”

Other parenting effects of trauma manifested in anger. Edith Cord, 91, a Holocaust survivor and author in Pikesville, said her mother was controlling and “super critical. With my older brother murdered in Auschwitz, she compared me to him all the time. He would have been the perfect child. Obviously I was not, and you cannot compete with the dead.” Her mother also had violent outbursts.

Sarah Baum of Columbia, 69, daughter of a survivor, also picked up on a cloud of fear over her childhood, as she was taught to hide her religion. “It was kind of emphasized to us that we shouldn’t make an issue of our religion. It shouldn’t be in the forefront. Stick with people who are safe.”

Felicia Graber of Park Heights, founder of the Baltimore Jewish Council’s Baltimore Holocaust Survivors and Descendants, agreed that she has seen anxiety affect her family, as well as other survivor families.

But others, like Nancy Kutler of Howard County, believe that their parents did not let their trauma affect their parenting at all.

“There’s a whole range of how parents treated their kids,” Kutler said. “Mine were all about assimilation and pretending everything was normal. Some parents were bitter and angry, but mine were very resilient. Friends’ parents talked about it at dinner every night, so others may carry more baggage.”

For Brian Ponczak of Pikesville, 39, the impact had some positives. “I was raised to never throw away food.”

Burstyn, like others, emphasized that gratitude was highlighted in the household. Though his family didn’t like to talk about their experiences, Burstyn learned respect and to put his troubles into perspective.

Salzberg, who has seen survivors at his practice, said parents pass on an obligation for the child to keep the history going. He said this can “often create a vicarious traumatization.”

“It was a burden on us little kids to know so significantly what my parents went through,” said Baum.

Can trauma be passed down through genes?

“Even if a parent represses their trauma, their behavior to attachment expresses itself to the child and that affects the child negatively, predisposing them to some trauma down the line,” said Dr. Mohammed Younus, a psychiatrist in Mt. Washington, who studies epigenetics. “A lot of Jewish families try to repress those memories because they don’t want their children affected, but there are studies that their behaviors still affected the children. That predisposes them to trauma too.”

There is an inescapable element of trauma: science. Genes, it turns out, are affected by experiences. “Let’s say I am abused. I don’t carry the genes for PTSD, but my genes do get affected by trauma by [DNA] methylation — genetic betrayal,” Younus said. “The surrounding area gets changed.”

While the gene itself is the same, its epigenetic material or expression becomes more prone to that experience. According to Younus, many Americans are exposed to one trauma or another, in car crashes, abuse, or other ways. However, only a small percent actually develop PTSD.  If one’s parents have PTSD, such as from the Holocaust, they are more likely to experience PTSD when exposed to trauma.

Younus has seen this in cases where the child may have a nightmare about the parent’s trauma, even when the parent did not tell the child about it.

This trans-generational transmission of trauma fades out after one or two generations, according to Younus.

How does trauma from the Holocaust affect adults and their children today?

When Burstyn’s wife asks him what he wants for dinner, he reflects that he would never have thought to request a meal as a kid. “You were always grateful for what you had,” he said.

The children of Holocaust survivors now have their own kids and grandkids. Some of them see a reflection of the Holocaust in their lives today.

While Baum said she is not as affected as an adult as she was as a child, she attributed her positive attitude to her heritage and the gratitude that she had learned. Baum also carries a habit of what she, jokingly, calls “collection.”

“Both of my parents were hoarders, not just of food, but of things,” she said. “I like to call myself a ‘collector,’ but my husband calls our pantry the ‘giant attic.’”

Burstyn’s children know he prefers to have frequent communication with them. “I have a 23- and 30-year-old who check in on me, and they tease me that if they don’t call, I will and embarrass them,” he laughed.

Salzberg sees that he tends to check in on his kids a lot.

“It made us a little more cautious,” he said. “I always wanted to check up where my kids [were] and I want to know where they are.” He likes to convince his kids that having been raised by a survivor made him a better parent, he said.

Kutler believes their heritage influenced her daughter, who is now a social worker. “I think she understands how to pay it forward,” Kutler reflected.

Some descendants of survivors also believe that the community as a whole has inherited trauma.

“In Baltimore, there were several thousand survivors,” Burstyn said. “What happened was the general attitude was ‘sink or swim.’ After surviving all this … there’s no way they were going to sink. Failure was not an option. They made things happen.”

Baum is not confident that her experience fits into the entire Jewish collective, but she wonders if others have a sense of being a “fractured people.”

Regardless of the Holocaust’s effects on her, her family, or her community, Baum said she ultimately decides who she is.

“I have to grab life on my terms,” she said. 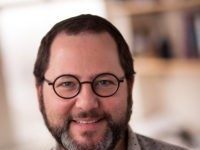 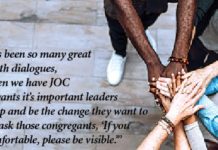 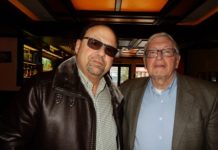