There’s a good reason why Prime Minister Benjamin Netanyahu’s plan to annex parts of the West Bank is being criticized by friends of Israel on the left, right and center. That’s because it’s a bad idea. As described in a New York Times op-ed by Daniel Pipes, one of Israel’s more forceful right-leaning advocates, a territorial annexation move at this time would be like Israel shooting itself in the foot, as the move threatens to alienate many within the full range of Israel’s supporters, and embolden her foes.

Although President Donald Trump’s peace plan allows Israel to annex 30 percent of the West Bank, it does so only if Netanyahu accepts the Trump plan, including willingness to talk to the Palestinians about a two-state solution. Admittedly, that’s a low bar. But that concession is not part of Netanyahu’s public talking points in the annexation discussion.

Nonetheless, it appears that U.S. Ambassador to Israel David Friedman offered Netanyahu yet another helping hand when he said last week that “U.S. support for settlement annexation is not contingent on the Palestinian response to Netanyahu’s willingness to hold talks.” But even that lifeline doesn’t seem to have prompted a change in position by Netanyahu. And that is a very curious development, since the politically savvy Netanyahu unquestionably recognizes the significant risk of failing to do exactly as told by his White House patron. There has to be something else going on, but no one is explaining what that is.

Netanyahu knows that the Trump plan is a total non-starter for the Palestinians. So, perhaps he recognizes that making any move in reliance upon the plan is simply rubbing salt in the open wound of rejection. At the same time, Netanyahu knows that even among long-standing, reliable friends of Israel in the Democratic Party and elsewhere, there is real nervousness about his annexation agenda. Indeed, a centrist group of congressional Democrats recently circulated drafts of a letter to Israeli leaders warning that
annexation would have far-reaching, unwelcome consequences for U.S.-Israel relations. All of this while 30 former top national security officials in past Democratic administrations called for opposition to settlements and the occupation to be included in the party platform for the first time.

Further complicating the mix is presumptive Democratic presidential candidate Joe Biden’s warning that efforts to achieve his much preferred two-state solution could be endangered by Israel’s unilateral annexation activity. Should Biden and the Democrats win in November, their more nuanced approach to Israeli-Palestinian issues could present a real problem for a post-annexation Netanyahu government.

Secretary of State Mike Pompeo is visiting Israel this week. When he meets with Netanyahu and his partner Benny Gantz, we urge him to echo Pipes’ warning that unilateral annexation of the West Bank “would probably damage Israel’s relations with the Trump administration, the Democrats, Europeans and Arab leaders, as well as destabilize the region, radicalize the Israeli Left, and harm the Zionist goal of a Jewish state.”

We don’t often agree with Daniel Pipes. But on this issue, we do. 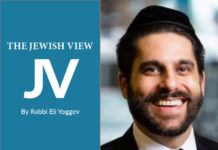