On July 4, 1776, our country’s founders declared their independence, pursuing a new nation built on principles such as being “created equal,” with rights including “life, liberty, and the pursuit of happiness.” Unfortunately, the road to an ideal American society has been fraught with obstacles. It took nearly 100 years to abolish slavery; another century for the Civil Rights Act; and systemic racial injustice still pervades our nation, as highlighted by the deaths of George Floyd, Breonna Taylor, Freddie Gray, and too many others. Even as we celebrate 100 years of the 19th Amendment, we have yet to realize gender equity. Only in 2015 did same-sex couples win the right to marry, and still, we had to wait until last month for the LGBTQ community to earn civil rights protections.

In this week’s Torah portion, Chukat-Balak, the foreign seer, Balaam, has a similar vision to that of our nation’s builders. As he blesses the Israelites, Balaam declares the words made famous in our morning liturgy, Mah Tovu: “How fair are your tents, O Jacob, / Your dwellings, O Israel!” (Numbers 24:5).

Rabbi Sue Levi Elwell teaches that as Balaam gazes upon the tents of Israel, he observes a “utopian vision”: “For a moment, Balaam sees a community as it can be: a society of mutual dependence and trust, a community where each person is treated with dignity.” Yet, she teaches, Balaam’s revelation soon turns dystopian as he declares, “Blessed are they who bless you, / Accursed they who curse you!” (Numbers 24:9). Instead of an idealistic society where all are treated with respect, Balaam witnesses a world that is split between the blessed and the cursed, the privileged and the unprivileged, the haves and the have-nots.

Like Balaam’s prophecy, our American foundation — one that declares ideals such as equality — quickly became an unjust system. Yet it is not too late to return to those founding promises. What if we fought for a country where all people merit life, liberty, and happiness? What if we unfurled our tents, turning our dwelling places — our homes, synagogues, Hillels, and communities — into sanctuaries that advance unalienable human rights?

As we celebrate this Shabbat and Independence Day, may we open our tents and advocate for a better nation: one where black lives matter; where people are seen as equal regardless of sex, gender, orientation, or identity; and where all are treated with dignity and respect.

Rabbi Eric L. Abbott serves as the senior Jewish educator at Johns Hopkins Hillel, where he seeks to incorporate many voices into his mission to better our lives and community. 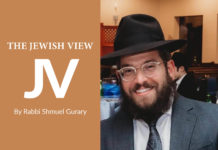 Parshat Ekev: A Relationship Should Not Be Based on Fear 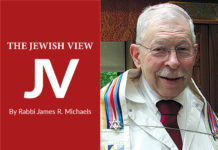