I was never very much into politics, though I’m more informed on it now than I once was. I’m rather more passionate about culture and society.

Firstly, I can’t speak for all the people in my country, the United Arab Emirates. Some like Israel, some don’t and some are neutral. Personally, I didn’t quite have the misconceptions regarding the Jewish state that Israelis and Jews might think an Arab would have. I was even ignorant about it, because the Israeli-Palestinian conflict was not an interest of my parents or my school, so the topic barely came up.

I started learning by myself about the history of Jewish people and Judaism first. I learned that being Jewish is also a peoplehood. And I learned about the connection to the land (Israel).

I also learned how Israel is very multicultural, multi-ethnic and very diverse, which is what I love, coming from a country that has over 200 nationalities living in it. And to summarize, like that it became clear for me and I simply understood.

I’m pro-Israel because I do not have a reason to hate the country, and I don’t look for one. Every country has its flaws, including Israel — but its existence is not one of them. Simple as that.

I still haven’t fully processed that one of my all-time dreams has come true. I’ve been active on social media for the past year. I made many Jewish and Israeli friends, talking about my dream for our countries to work together. All of a sudden, after a busy day, I see the joint statement that President Donald Trump tweeted. I’m so shocked, happy and honored.

As an Emirati, what I truly hope for after establishing bilateral relations between our countries is for us to have real and warm relations. Not only between governments, but very much between the people as well. I don’t wish for merely a “cold peace,” which is only for preventing war. I would love for people on both sides to learn from each other, exchange ideas, become the best of friends and most certainly break stereotypes.

It only makes sense for us to be the closest of allies in this region. After all, we are cousins.

Maryam AlZaabi is a 19-year-old student at Sorbonne University in Abu Dhabi, majoring in History and International Relations in French. 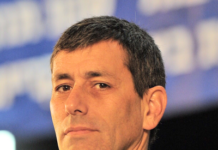