In 2008, Heinz conducted a survey that identified Brussels sprouts as America’s most hated vegetable. Even people who never tasted them were naysayers, claiming Brussels sprouts were bitter and smelly.

My mother never cooked them. She feared insects might be hidden among the tightly packed leaves. And when I got married, my husband refused to eat them and joked that if I cooked any he’d file for divorce.

Years later a food editor asked me to write about — yes — Brussels sprouts. My kitchen became a Brussels sprouts extravaganza. I cooked the vegetable every way possible: roasted, stir-fried, steamed. I halved them, shredded them, left them whole. I made them with lemon and with hazel nuts, olive oil, Balsamic vinegar. I used them in hash and pot pie.

I never imagined how versatile Brussels sprouts are.

My husband tasted every dish, loved most and became a “Brussie convert.” We’ve been feasting on the stuff ever since.

It helped that there are health benefits: Brussels sprouts have loads of vitamins A, C and K; iron, beta-carotene and folic acid. Also, we discovered that despite the strong “perfume,” Brussies are worth cooking. Also, you get familiar with the odor.

Brussels sprouts are sold loose or on stalks. The stalks are cheaper and last longer. You can cook the small ones whole, but it’s best to cut the larger ones.

Because of the pandemic, we’ll just be two for dinner this Rosh Hashanah. Our menu includes this blessedly simple dish of Brussels sprouts seasoned with Balsamic vinegar and honey, which are lovely, sweet counterpoints to the vegetable’s mild sting. Honey signifies the hope that the new year will be sweet.

Preheat the oven to 375 degrees. Line a baking sheet with parchment paper. Wash and trim the Brussels sprouts (if large, cut them in half).

Place the vegetables on the baking sheet. Pour the olive oil over them and toss to coat them. Sprinkle with salt to taste. Bake for about 12-15 minutes, tossing the ingredients once, or until slightly browned around the edges tightly packed.

Mix the vinegar, honey and orange peel, pour over the vegetables, toss and bake for another 10 minutes or until the Brussels sprouts are tender. Makes 4 servings. 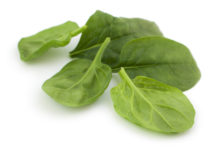 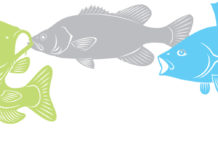 A trio of fish dishes 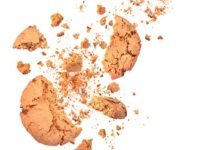