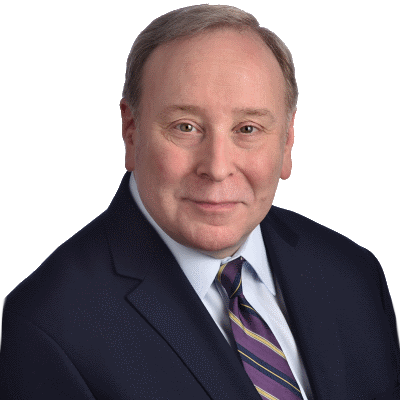 It’s fortunate for Joe Biden that his ability to win the support of most Jewish voters doesn’t depend on his stance on Israel. As a new poll from the Jewish Electorate Institute showed, Israel ranked at the bottom of a list of 11 issues that respondents cared about. With President Donald Trump hosting a White House ceremony this week that will commemorate the signing of normalization agreements between Israel and the United Arab Emirates as well as Bahrain, it’s difficult for the Democrats to claim that Trump shouldn’t be trusted when it comes to safeguarding the alliance with the Jewish state.

Yet that is the argument that Biden made when he found the time to speak at a virtual event hosted by the left-wing J Street lobby. The group, which operated primarily as a cheerleader for the Obama administration’s campaign to pressure Israel and to appease Iran during its eight years in office, endorsed the former vice president’s candidacy earlier this year. And it provided a receptive audience for Biden’s claims that Trump is “dangerous” for Israel.

Biden is claiming that Trump endangered Israel by withdrawing from the Iran nuclear deal. Biden says that means Iran is closer to a nuclear weapon than ever before.

The only word to describe that assertion is chutzpah. President Barack Obama promised in 2012 to eliminate Iran’s nuclear program. Instead, desperate for a deal at any price, he granted Tehran’s nuclear ambitions legitimacy and agreed to a pact that would expire within 15 years, meaning that it was only a matter of time before the Iranians could have a bomb with Western approval. That not only created a dangerous situation that a future president would have to address sooner or later, but also empowered and enriched Iran to the point where it became an even greater menace to its Arab neighbors, as well as Israel.

It was that turn of events that helped push the Arab states into Israel’s arms since Obama’s appeasement of Tehran made them look at the Jewish state as an ally.

But Biden also used his J Street speech to reiterate his belief that the United States must pressure Israel to make concessions that will enable the creation of a Palestinian state. In doing so, the Democrat is sticking to the same talking points he’s been reciting since he entered national politics 48 years ago. Biden ought to understand by now that the Palestinians have no interest in a two-state solution. If that was their goal, they could have achieved it 20 years ago, when President Bill Clinton and Israeli Prime Minister Ehud Barak offered it to PLO chief Yasser Arafat or 12 years ago when President George W. Bush and Israeli Prime Minister Ehud Olmert offered one to Arafat’s successor, Palestinian Authority leader Mahmoud Abbas.

Unlike Biden and his J Street cheering squad, the Arab states are as tired of Palestinian intransigence as the majority of Israeli voters. Biden has been talking down to Israeli leaders since the days when he was lecturing Israeli Prime Minister Menachem Begin on what was good for their country and sees no reason to change now. Trump’s contempt for the “experts” who will likely regain control of U.S. foreign policy if the president is defeated is what allowed his administration to demonstrate that the conventional wisdom about the peace process peddled by Obama, Biden and their followers was totally wrong.

For those who believe it is America’s job to save Israel from itself, regardless of the will of Israeli voters, Biden is the best choice.

According to the JEI survey, Biden leads Trump 67-30 among Jewish voters.

Yet it’s possible to argue that the smaller though still substantial lead enjoyed by the Democrat, which is less than the 71-23% lead that exit polls gave Hillary Clinton among Jews four years ago, reflects the fact that some Republicans who couldn’t bring themselves to vote for Trump in 2016 were brought back to the GOP by his record on Israel.

The 11% difference between Clinton’s hold on the Jewish vote and that of Biden could prove crucial in November. Even a small increase for Trump might flip states like Florida or Pennsylvania if the vote there turns out to be close.

If Biden widens his lead among Jews and possibly forestalls another Trump victory in the Electoral College, it will be by continuing to charge that Trump is encouraging anti-Semitism on the far right that is reflected by a growing sense of insecurity among American Jews. He is seeking to play on the fear of right-wing extremism that manifested itself in the synagogue shootings in Pittsburgh and Poway, Calif.

It’s a charge that was repeated last week by former Anti-Defamation League national director Abe Foxman when he wrote in the Times of Israel endorsing Biden. Foxman disingenuously claimed that Trump has dismantled the bipartisan consensus on the issue. In doing so, he seems to blame Trump for being a supporter of Israel and ignores the fact that the consensus no longer exists because many left-wing Democrats are either harsh critics of the Jewish state or supporters of the anti-Semitic BDS movement.

More importantly, while noting the real danger from the far right, which Trump has condemned, Biden ignores and Foxman downplays the growth of left-wing anti-Semitism that involves a far larger and more significant sector of the American electorate than the marginal though still dangerous right-wing anti-Semites.

Foxman claims that Trump’s “illiberal” presidency has empowered hate groups that menace Jews. But he fails to note that the left’s cancel culture, “anti-racism” and “white privilege” training not to mention a Black Lives Matter movement that is linked to dangerous intersectional myths—targets Jews as oppressors because they are white and because they falsely accuse Israel of being a colonial state. The greatest threat to liberal values isn’t from a tiny segment of right-wing haters, troubling though they may be. Rather, it is from those on the left that Biden is hoping will stick to the Democrats rather than staying home because the nominee is too much of a centrist.

Jews who support Biden’s liberal policies have every reason to vote for him just as conservatives support Trump. But for the party that has contempt for Israeli democracy, seeks to appease Iran and is allied with the BLM movement to portray the election as a referendum on Jewish safety is nothing less than chutzpah.