“There have been three moments in life where I am sure God intervened,” Brian Jolles, 61, said with absolute certainty.

The first was when he met his wife at a Jewish dance 33 years ago.

Jolles was fresh out of school when he was invited to a Jewish singles dance. “There was a ridiculous amount of people there,” he said. “I wasn’t interested in meeting anybody and the vibe didn’t feel right. I literally walked out.” When his mom mentioned a similar opportunity later, he told her to throw out the advertisement. But just as he was walking out the door the night of the next dance, inspiration to go struck him.

“I drove myself to the Washington Sheraton, walked to the balcony, and I was talking to this girl when I leaned over the railing and I saw her,” Brian Jolles said. He apologized to the woman he was talking to, certain the woman he had seen was someone he was meant to meet.

Lisa Jolles, 60, meanwhile, was socializing with two friends. “This little guy, maybe five foot, asked my shorter friend to dance. She didn’t know how to say no so I stepped up and said maybe another dance,” Lisa Jolles said. She was giggling with her friends while the rejected man huffed off, frustrated. Brian Jolles passed the rejected suitor, but his confidence was not swayed.

“I asked her to dance,” Brian Jolles said with a bright smile. And they did.

Ever since that evening, they have been dancing through life, working together at a nonprofit and an insurance company, with a mission to promote well-being.

The first motivator for this was when their first son, Matt, was born in 1991 with a rare condition, which the family have not disclosed to protect his privacy. His parents had to independently research University of Maryland libraries to figure out what it could be and find a doctor who could help. Here is where God intervened a second time, Brian Jolles said. When they were finally successful, the two formed an organization for families who faced this condition. They rented Harbor Queen and raised around $15,000 for families across the U.S. and to produce a pediatric journal establishing a protocol for the condition. The organization still exists to this day, in 35 countries.

“We look back on it and don’t know how we did it, but somehow we are looking at the other end of it,” Brian Jolles said. He thinks supporting each other is key. Lisa had to quit her job, and they were spending half their income on health insurance.

The couple was also grateful that their second son, Phil, born in 1996, was so understanding of the medical attention his brother needed. “Phil became introspective even at 3 or 5 years old,” Brian Jolles said.

But what Lisa Jolles believes helped them through the challenges most of all was outside support.

“His sister helped a lot, and so did the community. We relied on friends and family,” Lisa Jolles said. “And, truthfully, Brian has an amazingly positive attitude that helped a lot. There is no ‘No’ for him. He challenged the doctors who had never seen that situation before.”

While Brian Jolles’ idealism helps in some cases, his wife balances him out where practicality is needed. This is perfect for their business, Jolles Insurance, where Lisa joined as president of the seven-employee company.

“That’s why we work well together,” Brian Jolles, who handles financial planning at their insurance company, said of their 28-year mutual career. “She’s the practical one. I’m the visionary. That’s what’s made our business work. She ends up getting us to the middle. Lisa’s friends will always say, ‘Lisa is a saint.’ Well, we’re Jewish, I don’t know if we have saints, but she definitely is an angel to put up with me.”

“Working with your husband is challenging when he will take two hours to talk to someone but we have to get things done,” Lisa Jolles laughed. “I try to boss him around. We have a motto that if Brian makes the promises, Lisa keeps them.”

But Brian Jolles noted she is not pessimistic just because she is practical. “She’s a lot like her mother; she doesn’t have a bad thought in her. She’s pure and caring. I can’t imagine anyone ever not liking Lisa. I’ve always thought of her as my best friend.”

The couple shared an inside joke that Lisa Jolles worries about their retirement, because Brian Jolles needs a separate social circle from hers.

“But I want her to be included in everything I do!” Brian Jolles exclaimed. That includes a Guinness World Record.

One of Brian Jolles’ dreams was to set a world record for largest circuit training (group workout) to promote health. But rather than having a name in a book or a fancy certificate, what really inspired this accomplishment was Brian Jolles’ family. Because he lost both his brother and father before they reached their senior years, Brian Jolles wanted to do something for wellness in their memory. He decided to create WePromoteHealth, a weekly boot camp in the park on Saturdays. Then, to set the record, the community managed to gather about 320 participants.

“This was the third time in my life God was definitely part of it,” Brian Jolles said.

In addition, Brian Jolles has held different positions at Temple Isaiah, where the couple created the synagogue’s annual MatzohBall fundraiser, which just completed its 12th year.

They’re also involved in the Jewish Federation of Howard County and frequently donate to local charities.

“We love to volunteer with many things, but most of our work is focused around health,” Lisa Jolles said. 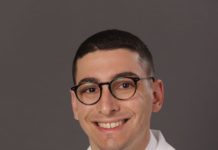 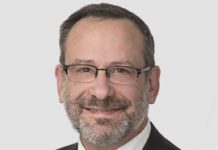