Raisa Maistrenko will never forget Sept. 29, 1941 — the day Nazi troops rounded up the Jewish residents of Kyiv, Ukraine, and marched them to the Babyn Yar ravine on the city’s outskirts.

“Leaflets were posted saying that all the Jews had to gather in one place,” recalled Maistrenko, who was just 3 at the time. “But we didn’t think it was to execute us. We thought they would transport us to Palestine.”

Victor Pronichev added: “With brass knuckles and with sticks and chains, they beat us as badly as they could. The Jews were forced to undress completely.”

A third survivor, Vasyl Mykhailovsky, said, “I thought I wouldn’t make it out alive. But God saved me.”

The three, speaking in Russian, are living witnesses to one of the single worst acts of brutality of the Holocaust. In the space of 48 hours, 33,771 Jews were shot to death, their bodies dumped into a ravine where an estimated 100,000 people — not only Jews but also Ukrainians, Roma, mentally ill people and others — eventually would be killed by the Nazi regime.

Only 29 people brought to the ravine on Sept. 29 managed to escape death. Most survived by jumping into the ravine and hiding among the thousands of corpses until they could flee.

Their testimonials were part of an online program hosted by the Babyn Yar Holocaust Memorial Center on Sept. 29 to mark the massacre’s 79th anniversary. Broadcast in English, Ukrainian and Hebrew, the event featured survivors, Holocaust scholars and Jewish leaders from around the world, including presidents Reuven Rivlin of Israel and Volodymyr Zelensky of Ukraine.

Set to open in 2026, the Babyn Yar Holocaust Memorial Center (BYHMC) and museum will be the first memorial site of its kind anywhere in the former Soviet Union. Though the museum’s official opening is still more than five years away, BYHMC already operates 12 educational and commemoration programs. Included in plans are the museum, research institutes, multimedia online platforms and additional educational projects.

“This project is extremely important to our country and our history,” Zelensky said. “It’s upon us to remember and to tell future generations.” 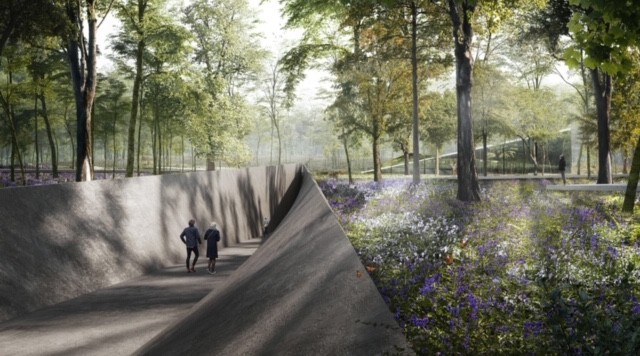 An artist’s rendering of the structure slated for construction at the Babyn Yar Holocaust Memorial Center. (Querkraft)

“The sin of destroying human beings has already been done, and we can never bring the dead back to life,” Rivlin said. “But we must never be complicit in the second sin.”

For political and ideological reasons, Soviet authorities long had maintained a “campaign of slander” against all Holocaust monuments, according to Natan Sharansky, the former Israeli lawmaker and one-time Soviet refusenik who is chairman of the BYHMC board.

“I was born in Donetsk, Ukraine, in 1948, three years after World War II ended. We grew up playing near the places where tens of thousands of Jews had been killed, and we knew nothing about it,” Sharansky said. “The Soviet Union tried to erase the memories so that people would not know what happened to the Jews. They simply took the most tragic part of our history and tried to make it disappear.”

Things began changing after Ukraine won its independence in 1991. But government bureaucracy and a lack of funds stymied efforts to build a fitting memorial at Babyn Yar, also known as Babi Yar.

Then, several years ago, Kyiv’s mayor and a group of philanthropists from the Ukraine capital and Moscow who had relatives killed at Babyn Yar decided to change that. The five donors bankrolling most of the project are Mikhail Fridman and German Khan of Russia, Viktor Pinchuk and Pavel Fuchs of Ukraine, and the American cosmetics magnate Ronald Lauder.

One of the memorial center’s main activities thus far has been the Names Project, a research initiative that has uncovered the identities of more than 900 previously unknown Babyn Yar victims. Additionally, archivists and scientists are using topographic maps, forensic tools, historic photographs and eyewitness accounts to identify the exact location of the massacre for the first time ever, and re-create the Babyn Yar landscape in a 3-D model. 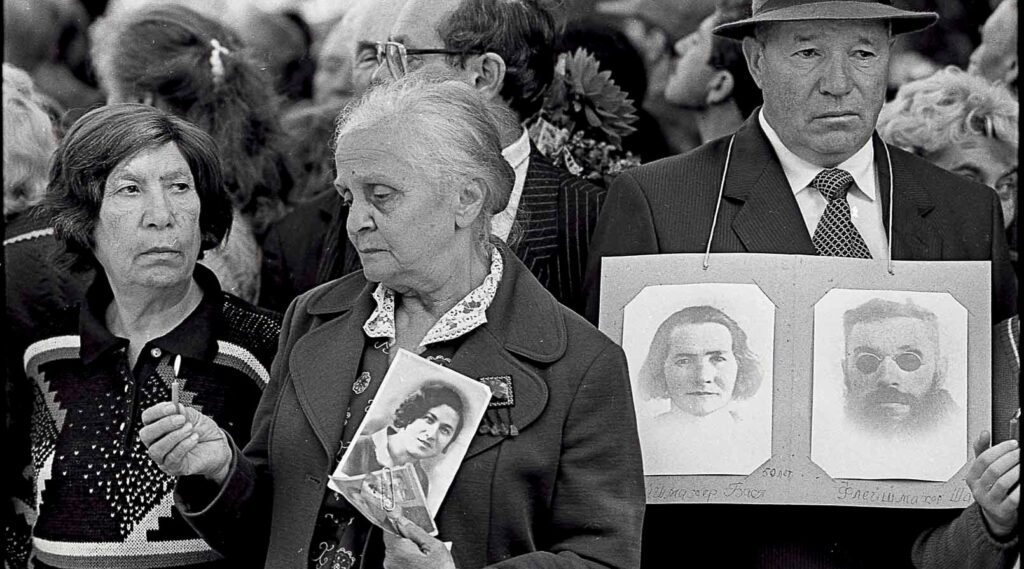 Relatives of Babyn Yar massacre victims participate in a memorial event in 1991. (Courtesy of BYHMC)

The Yad Vashem Holocaust Memorial Center in Jerusalem is partnering with BYHMC to share existing documentation about the more than 2,000 killing sites throughout Europe.

“We want to tell the story of each one of them, who were the people killed, how it was done, and what was the reaction of neighbors and other Jews who tried their best to fight against it,” said Yad Vashem’s chairman, Avner Shalev. “New information and new collaboration will give us another dimension to fight together for the truth.”

Olga Kobets is the daughter of Yekaterina Kobets, who risked her own family’s safety by sheltering an 8-year-old Jewish boy, Ilya Mitelman, in Kyiv from 1941 to 1943. Yekaterina Kobets is one of 2,634 non-Jewish Ukrainians honored as Righteous Among the Nations by Yad Vashem.

“When already in late September, the announcements appeared saying that all Jews should go to the specified place, Ilyusha stayed at our place,” Olga Kobets said. “My grandma and mother told nothing to anyone. We lived together for two years.” If the Nazis had found Ilya, “they would have executed the entire family. Everyone was executed for hiding Jews.”

Other speakers at this week’s event included the project’s CEO, Max Yakover; its foreign affairs director, Olena Sotnyk; and its artistic director, Ilya Khrzhanovsky, as well as Malcolm Hoenlein, executive vice-chairman of the Conference of Presidents of Major American Jewish Organizations; David Harris, executive director of the American Jewish Committee; Josef Schuster, president of the Central Council of Jews in Germany; Isaac Herzog, chairman of the Jewish Agency; Shmuel Rosenman, chair of the International March of the Living; and former U.S. Sen. Joe Lieberman.

“The atrocities against the Jewish people and the millions of others during the Holocaust can never be forgotten,” said Lieberman, a supervisory board member of BYHMC. “Even today, we are faced with a world where intolerance, bigotry, hatred and even genocide still rear their horrific heads. It is up to each one of us to fight against such evil.”

This article was sponsored by and produced in partnership with the Babyn Yar Holocaust Memorial Center, an educational institution that documents, explains and commemorates the September 1941 massacre and aims to broaden and sustain the memory of the Holocaust in Eastern Europe. This article was produced by JTA’s native content team. 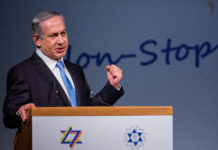 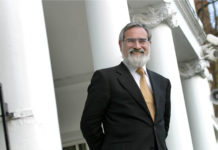