Mark Werner didn’t always consider himself to be a writer. There were a few things that the Vineland, N.J., native, and graduate of Haverford College and the University of Pennsylvania Law School, felt comfortable attributing to himself. Sought-after lawyer, retiree, North Carolina resident, passionate Zionist and devoted Jew, sure.

But writer? No dice.

So now, as Werner, 67, publishes his third book, a new memoir detailing his nearly two decades as a volunteer for the Israel Defense Forces, he may be forced to concede that he is, in fact, a writer.

“A Passion for Israel: Adventures of a Sar-El Volunteer,” published by Gefen Publishing House, is his second book on the subject. The book is blurbed by the likes of diplomat Dennis Ross, historian Michael Oren and Rabbi David Wolpe.

Sar-El, a nonprofit under the direction of the Israeli Logistics Corps, provides non-Israelis and Israelis living abroad a chance to contribute service to the country without serving in combat. (“Sar-El” is a transliterated acronym of sherut l’yisrael, “service to Israel.”) The organization has brought more than 150,000 volunteers to Israel since its 1983 founding. For a few weeks at a time, those volunteers essentially act as support staff on military bases around the country.

Werner, the president of Volunteers for Israel, has volunteered with Sar-El for three weeks at a time for the last 18 years, bringing along family and friends to volunteer and live the principles he’d learned during his youth. The Camp Galil alum spent his junior year of high school reading JTA news pieces aloud between Israeli songs on WWBZ in Vineland, and imbibed the lessons of his father’s time as a resistance fighter in the forests of Poland. The twinned forces of Holocaust remembrance and ardent Zionism propelled Werner to Sar-El.

“A Passion for Israel” consists of journal entries covering the last 14 volunteer trips, each of them named after the base where he was stationed. The drudgery of the tasks can be overpowering at points; a typical passage cheerfully reports that the volunteer unit had so impressed a superior that more difficult work was provided for them to do, only to be slowed down because of the presence of a large snake under an armored personnel carrier.

But in Werner’s mind, the repetitious toil is part of what makes the work powerful. Or, at least, more meaningful than writing a check.

Spliced between Werner’s daily activities on base are his interactions with Israelis on and off duty, valuable for their insight into Israeli life. He travels the country with family and friends, taking in the sights and reinforcing why they’ve chosen to do what they do.

Werner also seeks to contextualize his journal entries by describing the Israeli political and military situations that his volunteering stints coincide with. The detention and release of Gilad Shalit — a former IDF soldier held captive by Hamas for more than five years — color much of the first half of the book, while incidents like Operation Protective Edge, the Gaza Flotilla, the Iran Deal and key U.N. decisions form the second half.

Werner’s message, in the end: Don’t take Israel for granted.

“Since the establishment of the state of Israel 72 years ago, there has been not a single mass persecution of Jews anywhere in the world, and you might think that’s normal, because we grow up this way. And we say, OK, that’s normal,” Werner said. “It’s not normal. In the history of Jewish people, you’d be hard pressed to find any 72-year span before where there was no mass persecution anywhere in the world of Jews. But the reason there hasn’t been since 1948 is because of the existence of the state of Israel.” 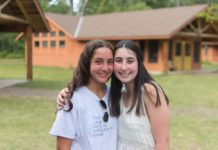 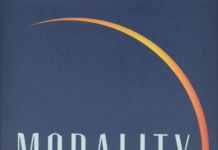 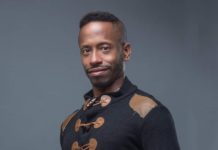