Israel is renowned for creating innovative solutions for dealing with a scarcity of natural resources from seawater desalination to drip irrigation. Indeed, these technologies have been sold internationally and are aiding the solution of dire water and food shortages in the developing world. Israel has now begun to focus on a new challenge, that of moving toward a greener economy. The Golan Heights region is one such area that, despite its pastoral serenity, has seen tremendous economic growth and in turn faces detrimental effects on its picturesque landscape.

The Golan Heights is a welcome island of green in a predominantly arid country. The green hills, peppered with vineyards and orc-hards, the bubbling streams and the snow-capped Hermon Mountain, are all gems in Israel’s geography. Likewise, they are all at risk of increased environmental pollution and the negative consequences of climate change. In a report released last year, the Ministry of Environmental Protection declared that “Israel recognizes the necessity to decouple the destructive link between economic growth and environmental degradation and is forging forward with a new green growth agenda.”

Towering over the Golan Heights region lies the wind farm at Tel Asania. While solar energy provisions are costly and space intensive, wind farms produce energy efficiently on significantly less land space. The reg-ion’s gusty plateau is the perfect location for Israel’s first-ever wind farm, which provides electricity for one of its largest employers, the Golan Heights Winery, other regional ind-ustries and a proportion of the area’s residents. It was announced earlier this year that a new wind farm containing 50 turbines, the height of the Azrielli centers in Tel Aviv, will be built in the region at a cost of $332 million. It is predicted that by 2015, the new 120-megawatt wind farm will begin producing electricity and that the farm will become the largest in the entire Middle East region.

“The Golan Heights Winery is totally indebted to the incredible natural offerings of the region,” said Yael Gai, head of International Marketing for the Golan Heights Winery. “The mineral-rich basalt soil and the perfect weather conditions enable us to grow the fantastic grapes that are produced year after year. For that reason, one of our main goals is to increase the positive impact that we have on the environment.”

“There is a growing trend in the wine world to move toward organic farming and sustainable agriculture,” noted Golan Chief Winemaker Victor Schoenfeld. “We work on a system of biodynamic agriculture, which aims to strengthen the connection between man, nature, animal and plants.”

To this end, the Golan Heights Winery has made strides to paint the Golan green in more ways than one.

For the past 15 years, the Golan Heights Winery has been cultivating its unique Odem organic vineyard.

“Organic wine growing not only expresses, to the fullest extent possible, the unique terroir (soil and climate) of the Odem Vineyard, but it also positively influences its quality,” said Schoenfeld, “In light of our successful experience with organic wine growing in the Odem Vineyard, and following extensive study of the topic, we implemented organic methodologies in additional vineyards across the Golan Heights, thus reducing the use of environment damaging chemicals in the whole region.”

Without using powerful chemicals to deter unwanted guests, the Golan Heights Winery went back to basics employing a parliament of barn owls to guard the vines and using pheromones to confuse pests and preclude breeding. Any grape waste from these vineyards is then turned into organic compost and there-after used in over 40 percent of the winery’s vineyards.

In addition to the use of wind turbine-produced energy, the winery invests heavily in reducing water usage through an innovative drip-irrigation and advanced water-measurement system. This enables the winey use the absolute minimum amount of water required to water the vines. The large quantity of water used in winemaking and cleaning the vast vats is rerouted through a unique purification device enabling the efficient recycling of waste water. The organic waste is then broken down into gases by anaerobic bacteria, which in turn power an electricity-producing turbine. Finally, the winery has ceased to use non-recyclable plastic bags and in its place uses eco-friendly, biodegradable packaging.

“We still have a long way to go to ensure that our environmental sustainability remains in line with our expansion,” said Schoenfeld. “But we are making real headway and setting an example to the whole region.”

In addition to high-tech solutions and innovative energy conservation devices, the Golan Heights also relies on a team of volunteers to maintain its lush green habitat. The Society for the Protection of Nature in Israel (SPNI) has launched a number of programs to try to combat the deterioration of the Golan’s natural water sources including the many streams, rivers, springs and wetlands in the region.

In part due to the increased usage of desalinated water for urban water consumption, SPNI has taken the opportunity to launch the Longing for the Streams campaign to improve the way natural water sources are managed. In addition to rehabilitation programs and new legislation, it runs a River Guardian program for school-age children to learn what they can do to protect the area’s water sources.

Keeping the Golan green is a combined effort. Together with the leading businesses in the area, such as the Golan Heights Winery, Israel’s governmental, charitable and CleanTech organizations are all playing their part in protecting one of Israel’s most beautiful regions. While the Golan Heights is now blooming with flora and fauna, the area’s residents are acutely aware that they bear responsibility for its preservation for the generations to come. 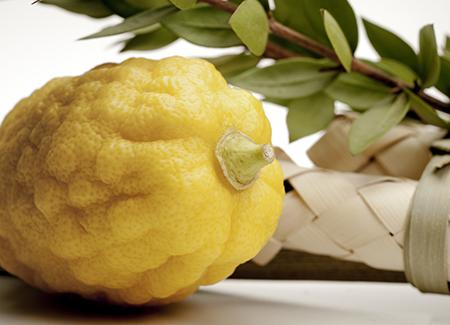