Purim is a minor festival telling the story of the saving of the Jews from possible annihilation in the Persian Empire, 473 B.C.E. The Persian King Ahasuerus, or Xerxes, has a prime minister named Haman. Haman is angry because one particular Jew named Mordechai refuses to bow down before him, giving him the respect of royalty.

Haman’s response to this is to order the killing of all the Jews. Queen Esther, Mordechai’s younger cousin, asks Ahasuerus to reverse Haman’s order. He complies, and instead has Haman and his 10 sons hanged.

Things You Should Know:

King Ahasuerus orders his wife, Queen Vashti, to show off her beauty to all of his closest friends. The queen, an early feminist, refuses. Ahasuerus decides to find someone new. Every young woman in the empire is brought before him. He chooses Esther, a Jew. Esther, an orphan, was raised by her older cousin, Mordechai. He advises her not to reveal that she is Jewish. She is picked to be queen.

In the meantime, Haman is rising through the ranks. Ahasuerus promotes him to prime minister. The king orders everyone to bow down to Haman. Everyone does. Except for one man, Mordechai. Haman becomes incensed with Mordechai, learns that he is Jewish, and decides that all Jews along with Mordechai must die.

OK, now we get ready for the real big turn in events.

Mordechai is on the top of Haman’s hate list. Haman then draws the famous Purim, or lots, to determine that beginning the month of Adar would be the time to do the killing.

The story gets a little more exciting because Mordechai overhears two palace guards talking of assassinating Ahasuerus. The king wanted to know who warned against the assassination. When he learned that it was Mordechai, he felt that it would be appropriate to treat him royally and honor him.

Now for the irony. Mordechai also learns what Haman is plotting to do to the Jews. He tells Esther that she must address this with the king. She tells the king that his prime minister wants to kill the very man who is responsible for saving the king’s life. She pleads for the lives of the Jewish people.

Haman is hanged with his 10 sons on the very gallows constructed for Mordechai. 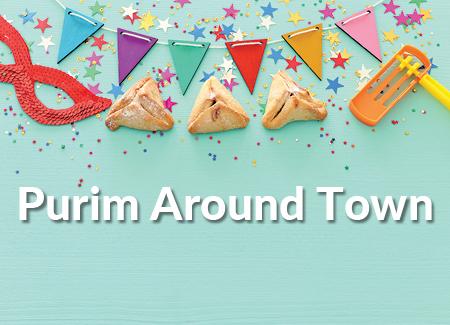