Rabbi Wohlberg, the longtime leader at Beth Tfiloh, has a blog and is even active on Twitter. Through this, he understands that people’s attention spans are short and that they only want as much information as possible in 140 characters or less. That’s not ideal during the Passover Seder, which can last several hours. Until now.

Rabbi Wohlberg recently completed work on “A Tweetin’ Pesach.” The publication, available for download at bethtfiloh.com/pesach, offers a running commentary on everything from the 10 plagues to what each item represents on the Seder plate.

Each section then ends with a Tweet-like message from Rabbi Wohlberg, complete with hashtags and text-style spellings. This, he said, helps educate those at the Seder table while keeping everyone engaged.

“For many families today, their most Jewish experience of the year is the Passover Seder,” Rabbi Wohlberg said. “But many just don’t spend the time reflecting on what is the true meaning of Passover and the Seder. ‘A Tweetin’ Pesach’ provides a short, sweet and to-the-point commentary without taking away from the meaning of the holiday. For me, that is what Modern Orthodox is about today.”

Increasing engagement at the Seder is what motivated Tamara Pester to develop her own Passover-themed game. Passover Bingo, she said, is designed to help people learn about Passover and keep kids — and adults — alert during the Seder.

The game includes six bingo boards and a list of important people, objects and events surrounding the story of the exodus. Pester, an attorney from Denver, said she developed the idea while with her young niece and nephew during Passover a few years ago.

“I really just wanted to find a way to keep my niece and nephew interested in the Seder,” Pester said. “Then other people I knew were interested in me making the game for them, which began a year-and-a-half journey to develop and market the game.”

Currently, Passover Bingo is available at several Denver-area stores or online for $24.99 at Passover Bingo.com. Pester said she began selling the game in December, but sales have picked up recently as word has spread.

If social media or board games won’t help spark additional discussion and interest at your Seder, then maybe a Passover-themed manicure will.

That is the hope of New York-based Rabbi Yael Buechler, who recently began selling Passover nail decals at her website,MidrashManicures.com. For $11.99, you can purchase a set of 10 decals, each representing a different plague.

Rabbi Buechler said the decals are a discussion starter and can make a great gift for finding the afikomen. She added that she painted her own nails for years with a different theme each week based on the Torah portion and didn’t think about mass producing the decals until recently.

“I want to make Judaism a more hands-on experience,” she said. “This seems like the perfect way. There are 10 plagues, and you have 10 fingers. It just makes sense and a way to make the Seder more fun.” 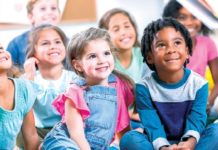 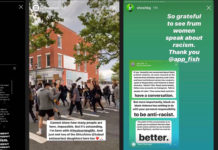 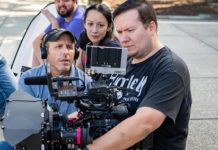