A few days before their wedding in January, Lila Miller and Jonathan Toub went to Adas Israel Congregation in Washington, D.C., and, in separate ceremonies, immersed themselves in the synagogue’s mikvah, or ritual bath.

“It was a nice pause before the wedding, says Miller, 27, a program associate for the Schusterman Foundation.

Immersion in the “living waters” of the mikvah before a wedding is a time-honored tradition for the bride- and groom-to-be, says Naomi Malka, director of the Adas Israel mikvah, which opened in 1989.

“Any time someone is marking a milestone in their life and changing life status,” is an opportune moment to visit the mikvah, she says.

For Miller and Toub, who don’t consider themselves particularly observant, their visit to the mikvah was among the traditional elements they nevertheless included in their wedding celebration.

“There’s something about doing traditions that have been done for thousands of years,” says Miller. Adds Toub, 29, a technology consultant, “It was a nice way to connect to generations before us.”

When the couple arrived at the synagogue for their appointment, they were greeted by Malka, who walked them through the steps leading to the immersion.

“There were different cleansing rituals,” she point out.

Before using the mikvah, one removes all jewelry, cuts finger and toe nails and washes thoroughly, so nothing comes between the mikvah water and the body.

She used a ceremony prepared by Mayyim Hayyim, a Boston-area mikvah. It included a meditation for each immersion.

One such meditation just before entering the water includes the words: “I am now prepared to leave behind that which I no longer choose, to become one with another life, to become a creator of new possibilities, to become a partner in sharing the joys of life, to teach and to learn the lessons of married life.”

There are two blessings upon immersing in the water: One thanks God for the commandment of immersion, the other, the Shehecheyanu blessing, expresses gratitude for reaching that moment in time.

“There are people who dip three times,” explains Malka. Miller and Toub were among them. “Some do it seven times. Seven is an important number in a wedding” such as the seven blessings given to the couple. And at a mikvah, there are seven steps that lead into the water.

The mikvah resembles nothing more than a tiny swimming pool. Alone by the water symbolizing birth, life and change, Miller was left to her own thoughts.

“It created a really nice space, spiritually and physically,” she says.

“The thing that struck me most about it is how very separate it seemed,” says Ari Houser, a policy analyst for AARP, who used the Adas Israel mikvah before his wedding in 2012. “I was very much by myself.”

His wife, Deborah Srabstein, remembers what a contrast her mikvah experience was from the other activities surrounding her wedding.

“The rest of my wedding was with other people,” says Srabstein, education director for Oseh Shalom congregation. “This was one moment that was totally private. This was very personal.”

Couples often make separate appointments for the mikvah, says Malka. Some bring a friend or relative of the same gender to act as a witness, something Miller, Toub, Houser and Srabstein did not do.

“Sometimes brides will bring Mom and friends and make a little party,” adds Malka. “They’ll tell stories, like at a shower.”

“One of the things that appealed to me is that it marked a rebirth in a sense,” says Toub. “I’m starting a new life with somebody new. It was a concrete activity to mark the separation between who I was individually and who I’m going to be as a life partner.”

As meaningful as their dip into tradition was, Miller and Toub are still a Washington couple. So how did they follow up their mikvah experience?

Says Miller, “We went back to work.”

For information on the Adas Israel Synagogue (Conservative) mikvah, go to adasisrael.ork/mikvah or contact mikvah@adasisrael.org or 202-841-8776.

Baltimore-Area Mikvot
There are several Orthodox mikvaot in the Baltimore area. They include: 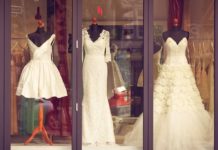 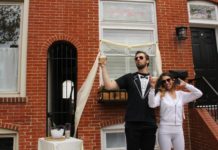