As children return to school this week, some parents, physicians and scientists are engaged in an increasingly fierce debate over the safety and necessity of childhood vaccinations for diseases such as polio, hepatitis B, pertussis, diphtheria and chicken pox.

Emotions run high on both sides, with parents who choose not to vaccinate claiming that they face ostracism by their neighbors and worrying that, if found out, their children will be banned from schools, car pools and play groups. Those who do vaccinate their children claim that those who don’t are putting young babies and the immuno-compromised at risk and subjecting first-world societies to potential epidemics of diseases once thought eradicated. A small but growing number of today’s parents, most of whom are too young to remember when the vaccines for these diseases did not exist, are convinced that the diseases no longer pose serious risks to the public health.

Instead, these parents believe that it is the vaccines, rather than the diseases they inoculate against, that pose dangers to their children.

“I think we have lost the fear of these diseases,” said Baltimore pediatrician Rona Stein. “It’s wonderful that we’ve forgotten them, because they are now so rare [in the U.S.]; but the downside of that is that we don’t remember how serious they are.

“If you go to an underdeveloped country you will see them and realize they are not just minor illnesses,” she continued. “Anyone who’s been through a polio epidemic would gladly stand in line for the vaccine to get their children protected.”

R.B., a 32-year-old mother of four who, like others interviewed for this article, would not allow her name to be published for fear of being exposed as a non-vaccinator, is not convinced by the overwhelming scientific and governmental consensus that says vaccinating children is necessary for public health.

She maintains that most people who contract polio today have no symptoms at all, while M.D., a local 29-year-old non-practicing nurse and mother of three, says that epidemics of yesteryear — the American Academy of Pediatrics points out that polio killed 6,000 people in 1916 and left another 27,000 paralyzed — had more to do with lack of hygiene.

“The world today is completely different than it was during the polio epidemic,” said M.D. “It was dirty. An average healthy person couldn’t get a disease like polio today. Polio in a healthy person today is usually asymptomatic or it has minor symptoms and comes and goes. Then the person develops immunity forever.”

Views such as that have many doctors and health policymakers concerned about the risk of diseases reappearing. Although there have been parents who chose not to vaccinate their children as far back as the late 18th century when the smallpox vaccine was developed, in the past 15 years, the number of parents in the U.S. refusing, delaying or selectively vaccinating their children has increased.

According to the Centers for Disease Control and Prevention, parental refusal or deferral of childhood vaccinations has led to an increase in diseases such as measles, which was “officially eliminated” in the U.S. in 2000. The federal agency reports that between Jan. 1 and Aug. 8 of this year, 18 outbreaks and 593 confirmed measles cases occurred in the United States.

Pertussis, a bacterial disease that causes violent fits of coughing and is known as whooping cough, has experienced a record increase this year, according to the CDC, with 9,964 cases being reported between Jan. 1 and June 16. That represents a 24 percent increase over the same period the year before.

Mumps and chicken pox as well have made comebacks in recent years, and for the most part, the CDC attributes the increase in all of these formerly “eliminated” diseases to low vaccination coverage in certain communities.

“When a critical portion of a community is immunized against a contagious disease, most members of the community are protected against that disease because there is little opportunity for an outbreak,” Vaccines.gov, a website maintained by the U.S. Department of Health and Human Services, explains. “Even those who are not eligible for certain vaccines — such as infants, pregnant women or immuno-compromised individuals — get some protection because the spread of contagious disease is contained. This is known as community or [herd] immunity.”

Conversely, when relatively high numbers of people in a community are not vaccinated, that protection is diminished. That may explain, say scientists, why close-knit communities such as the Amish and others who refuse vaccination because of their religious beliefs have been among the hardest hit by these outbreaks. In recent years, there have been several outbreaks in Haredi Jewish communities as well, most notably in the spring of 2013 when at least 58 people in Orthodox Jewish enclaves in the Borough Park and Williamsburg sections of Brooklyn, N.Y., developed measles. This was reportedly the largest outbreak in the United States since the endemic spread of measles was eliminated.

Dissenting views
Despite these outbreaks, authorities maintain that most religious Jews are vaccinated and believe in the safety of vaccinations.

“Judaism traditionally expects certain actions of its believers to maintain health,” wrote John D. Grabenstein in a 2013 article in the journal Vaccine. “Pikuach nefesh, acting to save one’s ownor another’s life, is a primary value, a positive commandment. Judaic principles emphasize the community benefits of disease prevention in a manner superior to individual preference, based on scriptures such as Leviticus 19:16.”

Generally speaking, Jews who have chosen not to vaccinate have done so for medical, not religious, reasons.

An increase in concerns about the safety of vaccinations was seen after the publication of a 1998 study by Dr. Andrew Wakefield of England in the medical journal “Lancet” that asserted a correlation between the vaccine given to prevent measles, mumps and rubella and digestive inflammation and autism. Initially, some believed that thimerosal, a mercury-containing preservative contained in some vaccines, could be a culprit. In response, the U.S. Public Health Service, the American Academy of Pediatrics and vaccine manufacturers decided that all but trace amounts of thimerosal should be eliminated from vaccines. Yet, a 2010 CDC study published in the journal “Pediatrics” concluded that “exposure to ethyl mercury from thimerosal-containing immunizations during pregnancy … or as a young child” was not associated with any autism-spectrum disorders.

The same year, Wakefield’s study was discredited and his article was retracted by “Lancet” after journalist Brian Deere uncovered evidence of Wakefield’s medical misconduct, including the use of fraudulent data, unethical treatment of children and undisclosed conflicts of interest. In the aftermath of Deere’s reporting, Wakefield lost his license to practice medicine in the United Kingdom and was dismissed from his position as a gastroenterologist and researcher at the Royal Free Hospital.

Many subsequent studies reported that no relationship existed between MMR and autism.

“Over a million children have been studied and no link between vaccines and autism has been found,” said Stein, the Baltimore pediatrician. “The safety of vaccines has been proven over and over again.”

Still, the belief that vaccinations may cause autism, sudden infant death syndrome, diabetes, asthma, allergies and other developmental disabilities rages on. R.B., who lives in Pikesville and is pregnant with her fifth child, says she vaccinated her first two children, now 6 and 7, but that doing so betrayed her intuition.

“At 2 months old, my baby received four shots at one time. He began to get high fevers. I brought him to the doctor, and they said this was normal,” she recalled.

“I said, ‘My baby was normal. You gave him his first fever!’ In between when my second and third children were born, I started paying more attention. More and more vaccinations were coming out every year.”

When she was pregnant with her third child, she had had enough.

“I just assumed vaccinating was something you did, because vaccines saved humanity,” she said with a chuckle. “But then when my oldest was born she had a traumatic birth; she was small and bruised and weak, and we didn’t want to get the hepatitis B vaccine right away.”

Her pediatrician offered to inoculate her daughter at the first visit, but by the one month checkup, M.D. was still apprehensive. After pressure from her baby’s doctor, M.D. relented to having her daughter vaccinated at 6 weeks old.

“She kept having weird symptoms: bloody diapers and hysterical crying,” M.D. said. “I cut out all the stuff from her diet [that might have been causing the symptoms], and she was basically living off rice cakes and tuna, but nothing helped. At about 10 months, we went to our regular doctor’s visit and were told she was due for all these shots. I told him, ‘She has not been herself lately, and we are about to travel [to Israel]. Can we wait until we get back?”

Ultimately, M.D. and her husband decided not to continue vaccinating.

In retrospect, the mother has no regrets. She is unfazed by the possibility that her children might contract any of the diseases vaccines are meant to prevent, and she does not believe they are endangering others. She further believes the diseases that vaccines protect against are not that serious and, like R.B., accuses doctors and pharmaceutical companies of being in league together to make more money through vaccine deliveries.

“We would make a lot more money if we didn’t vaccinate,” remarked Stein. Both M.D and R.B. believe the concept of herd immunity is a myth. If those who vaccinate their children “really believe vaccinations protect, why are they afraid we are putting them at risk?” wondered M.D. “Vaccine immunity wears off in a maximum of 10 years. That’s why people need boosters. My unvaccinated child is as unprotected as people whose vaccinations have worn out.

“In my world view, a child recently vaccinated is shedding a live virus whereas my unvaccinated kids aren’t,” she added. “People need to make their decisions based on fact and research. Most people don’t.”

Dr. Neal Halsey, director of the Institute for Vaccine Safety at Johns Hopkins University, agrees that people should base their decisions on facts and research as well. But he differs significantly on the research and facts on which he relies.

“Vaccines don’t cause autism,” he said. “This has been firmly proven by excellent science. There should be no doubt any longer.”

His response to those who say vaccines aren’t effective: “Vaccines work extremely well, but they are not perfect,” he said. “Measles vaccines are about 95 percent effective, and pertussis is somewhat lower. Herd protection works, but it is dependent on the cooperation of the whole community. These diseases are transferred person to person. Only 1 percent of kids have a real medical reason not to be vaccinated.” 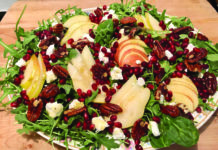