For the self-described “pro-Israel, pro-peace” organization J Street, the upcoming Israeli election is a moment of “clear choice.” Either Israelis will elect leadership that puts the Jewish state on the path of isolation and violence, say the group’s activists, or on a path toward a two-state solution that maintains both the Jewish and democratic natures of the state.

“The reason it’s a [clear] choice in Israel is because there are elections and polls that show the majority of Israelis and Palestinians support a two-state solution,” explained Steven Krubiner, J Street’s chief of staff, during an interview at his Washington, D.C., office. “Now is the time for leaders to deliver one.”

But for all the bluster about a course J Street firmly believes Israel should embrace, Krubiner clarified that his group does not get involved in Israeli politics. But it has ramped up efforts to become a one-stop shop for Americans seeking coverage of Israeli politics as part of a larger “ongoing effort to change the dynamics in this country to create leadership” in the United States fostering a two-state solution.

The “Herzog-Livni ticket genuinely believes that the two-state solution is necessary for Israel to survive. There is no greater incentive,” said Krubiner.

Because of the demographics in Israel today, said Krubiner, it is impossible for Israel to simultaneously control the West Bank, maintain a democracy and keep the Jewish character of the state.

Unlike the last election, when Netanyahu’s re-election was a forgone conclusion, there is a strong “anyone but Bibi” undercurrent, Krubiner said. J Street doesn’t count Netanyahu out, but Krubiner rejected the notion that only a politician seen as tough on security can win.

“Prime Minister Netanyahu has used fear as his coordinating device and has offered a promise of artificial security,” said Krubiner. “How can he claim to be the candidate who will safeguard Israel’s security when over the past six months, Israel’s security has been so fragile, and from all observers’ standpoints, he wasn’t serious about the [U.S.] initiative, which was Israel’s greatest promise for a more secure future?”

Three months out from the election, anything can happen in the constantly changing Israeli political landscape. Not two hours after Krubiner finished preparing for a recent presentation in Pittsburgh, the formation of a new political party was announced.

It was a teachable moment, said Krubiner, to demonstrate how coalitions form and reform on both the left and right. 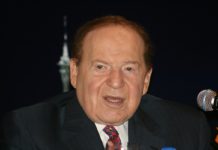 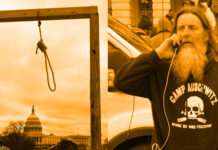