“Keeping Marylanders safe is my responsibility, and I’m going to keep providing the City with all the state and federal assistance and backup we possibly can in order to attack this violent crime crisis from all directions with everything we’ve got,” Governor Larry Hogan told reporters at a press conference Wednesday Dec. 11. “But I’m also going to keep holding City leaders accountable.”

Gov. Hogan introduced four initiatives to combat the homicide rate in Baltimore City. This follows the request from Frosh for more prosecutors and funding.

To strengthen consequences, at the 2020 legislative sessions, Hogan will introduce the Violent Firearm Offenders Act. Penalties would increase for: (1) those who repeatedly, illegally carry firearms, (2) those who illegally transfer guns to people they know intend to use them in a crime; and (3) those who steal firearms, possess stolen firearms, or engage in straw purchasing.

To prevent witness intimidation, Hogan will introduce the Witness Intimidation Prevention Act to penalize physical injury or death from witness intimidation. It aims to expand the courts’ ability to admit statements made by intimidated witnesses under certain circumstances. Hogan plans to “prioritize victims and make restitution payments mandatory.” 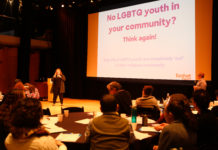