THANKS FOR THE MEMORIES:
Vince Troiano (left) was celebrated by his son, John (right), and many members and staff at his retirement party Feb. 26 after 55 years at the Weinberg Park Heights JCC. Troiano worked in the sports program and later at the Fitness Center Check Point. He knew most members by name and was known for his warm welcome and hearty words of wisdom, all delivered in his melodious Italian accent. 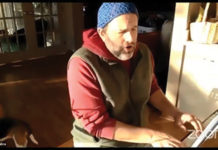 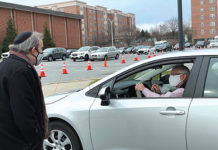 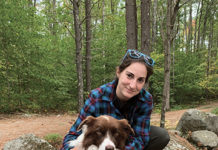