Aging requires resiliency, creativity and adaptability, and it can lead to great self-discovery. Why are we sometimes surprised when someone in their 60s, 70s, 80s or 90s becomes more creative, starts a new meaningful relationship, offers sound advice or begins a new endeavor or interest? Since growing older is an inevitable part of life, why not look at these questions, focus on challenging negative stereotypes and reinforce positive contributions that occur as we age?

Over the past decade, society has begun to change its views about aging. Older politicians, rock-and-rollers and actors, such as Sen. Harry Reid, Betty White and The Who, now appeal to younger audiences. This is the beginning of a transformation of how we view the senior years with a focus on redefining one’s purpose and an emphasis on creativity, resilience and respect for experience. So, let’s work together to create a new image of the senior years.

First, envision and define what you want your purpose to be. It is important to challenge previous beliefs that one’s purpose in life is finished when one retires, ages or reaches a specific birthday. A 2015 study on healthy aging by the Rush University Medical Center in Chicago showed that having a sense of purpose in life during one’s senior years can provide a shield against the development of Alzheimer’s disease.

The ability to take risks that were previously not considered because of family and career obligations may contribute to greater  creativity.

According to Gene Cohen, a pioneer in recognizing the creative aspects of aging, developing one’s purpose is crucial as positive changes lead to new opportunities for creative expression as we age. The ability to take risks that were previously not considered because of family and career obligations may contribute to greater creativity.

According to author Jeffrey Kluger, it may be no coincidence that so many creative types live long lives, since they are doing what they love. According to Cohen, “the greater freedom and courage that many older adults exhibit helps explain why, throughout history, many older adults beyond the age of 70 have assumed the role of shapers or shakers of society.”

Major contributors include Socrates, Copernicus, Gandhi, Golda Meir, Frank Lloyd Wright and Benjamin Franklin. Wright died at 91 — just before his Guggenheim Museum opened — and Benjamin Franklin negotiated the Treaty of Paris at 77 and signed the Constitution at 81. Today, Wayne Thiebaud, 95, and Alex Katz, 88, are nationally recognized artists, and Edith Pearlman, 79, debuted her short stories in 2011 and won the National Book Critics Circle Award for fiction in 2012.

Now is the time to start thinking about your own senior years with purpose and appreciation. This new thinking should include teaching our children the positive aspects of aging. Of course, every senior doesn’t need to be famous or create a masterpiece. Designing one’s life during the senior years takes strength, resilience, respect and reinvention. Your senior years should be a blank canvas with new possibilities. No invention, artistic piece, creation or life is perfect. All lives have challenges and roadblocks.

The senior years are a balancing act between physical changes, evolving roles and creating a new purpose and examining new potentials. It is not a period of life where you should feel you need to stop learning or growing. On your blank canvas, it is important to recognize that there will be rough edges, challenges, roadblocks, bumps and bruises, but at the same time it can include brightness, spirit, possibilities and hope. According to Benjamin Zander, conductor, motivational speaker and writer, it is the time to “live the rest of your life in possibility.”

Jill Krystkiewicz is communications assistant at the Madlyn and Leonard Abramson Center for Jewish Life in North Wales, Pa. This article originally appeared in The Jewish Exponent. 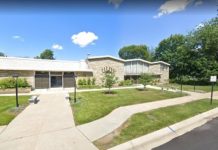