Hawaii has just sent a Jew to the U.S. Senate. Brian Schatz has been appointed to complete the term of the late, much beloved and respected Daniel Inouye. Most major Jewish media outlets are reporting with pride Schatz’s Jewish bloodline and trying to figure out his place in the Senate’s minyan.

We have just one question: So what?

What’s with all this chest bumping and high-fiving?  Sure, Schatz is Jewish — and one can’t help but feel proud — but what does it all mean?

Schatz follows one of the most pro-Jewish and pro-Israel senators. While it is certainly nice that Schatz is Jewish, our community should be way past the point where we celebrate that there are people born Jewish who are in leadership roles. What we should be asking ourselves, instead, is where Schatz stands on substantive issues.   Does he have a sensitivity toward issues of concern to our community? And how strong is his commitment to maintaining and growing the American-Israel relationship?

We all like to be associated with the meritorious and the successful, and we welcome Sen. Schatz and wish him well.  But rather than lauding the senator for his Jewish heritage, we encourage him to keep it in mind in his new position. 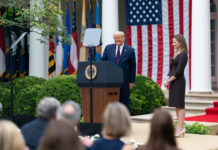