Israeli author and scholar Noam Zion will offer a weekend of study Jan. 11-13 at Beth Am Synagogue. Zion, 64, will present perspectives on Israel, Jewish culture and the values of Torah.

Zion, who has taught in both the United States and Israel for decades for the Shalom Hartman Institute for Advanced Jewish Studies, among other institutions, recently spoke with The Jewish Times to preview what he plans to speak about next week.

JT: What do Washington and Jerusalem have in common?

Zion: The notion on how you pull a diverse group of people together. It’s an ongoing issue [threatening the] unity of the Jewish people and the unity of the American people. The capitals become the symbol of that attempt at unity, as both countries deal with cultural differences along with differences in policy.

Can these diverse voices solve their respective countries’ economic and political problems?

I’m not necessarily concerned about how you solve economic or military problems. The issue for me is just getting diverse groups together to discuss them. In Israel, military issues like Iran tend to unite the country while religious issues tend to tear the country apart. … You can have your own individual dreams yet still be a family. The key is how do you unite and find room for unity while leaving room for live-and-let-live between divergent groups.

How does democracy factor in?

Democracy is central for Israel and America. It’s amazing that those democracies continue to thrive
despite all of the differences between [political and religious groups]. Democracy can’t be taken for granted. Washington and Jerusalem are places to educate the younger generation and identify with the ideals of the Founding Fathers. Both cities are not just about uniting people, but how to spread the message of freedom, peace and hope.

How does charitable giving differ between Jews, Christians and other cultures?

Giving among Jews is … a question of ‘What does it tell me about my identity?’ and ‘How do those choices reflect my values?’ …  Christian charity … means love. The highest form of Christian love is to give totally selflessly with the standard ideal being Mother Theresa. … Then there is the Greek notion of giving: philanthropy. There, you’re not giving to the poor but to your own city, especially to cultural areas such as the symphony or the opera house. In that case, you’re giving back to the
community as a whole.

How do you define tikkun olam, and how does it differ from tzedakah?

Tzedakah is offering help to the poor, while tikkun olam is the process of undoing social injustices. Tikkun plam is a special kind of tzedakah in which we have to halt injustices by changing the law, by lobbying and/or by taking political action. The key element of tikkun olam always has to do with the government and working to halt abusive policies. 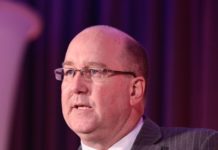