The Internet is teeming with recruitment sites for potential jihadists; how to sites for building bombs, and numerous forums in which terrorists can share and build upon their hate.
“It’s very troubling. Unless we change what is happening in the Internet, we can expect many more Boston-style attacks, not only here but abroad,” said Rabbi Abraham Cooper, associate dean of the Simon Wiesenthal Center, during a presentation on Capitol Hill May 8.

The Wiesenthal Center debuted its 2013 Cyber Terrorism and Hate Report with a slide show consisting of photos easily found on the Internet of the White House on fire, President Obama at the center of a bulls eye and numerous planes flying ominously close to the new World Trade Center building.

Also discussed was a new Al Qaedi Airlines magazine, whose first Internet issue in April was 676-pages long. Articles on sites like this one as well as Inspire and Azan magazines, YouTube, Facebook and Twitter serve to recruit and rile the lone wolf seeking to cause destruction, Cooper said.

Recent articles in those magazines include instructions on building a weapon in your mother’s kitchen that is undetectable by sniffing dogs and how best to use radio signals to trigger bombs. Current United States Army manuals are translated into Arabic and posted for this country’s enemies to know Army tactics.

The Internet is a virtual library of terrorism, Cooper said. A jihadist no longer needs to go overseas to a terrorist training camp to further is cause, Cooper said.

According to the Wiesenthal Center’s Digital Terrorism and Hate Project, there are more than 20,000 hate and terrorist-related sites, social network pages and forums. That is up 30 percent over last year.

Cooper would like to bring representatives from Google, Facebook and Twitter together to work on the problem. They understand the Internet, and they know what is possible, the rabbi said.
He praised Facebook, grading it with an A-, for its efforts to keep terrorism off its pages. But his praise for Facebook came with a warning that while Facebook has removed 1,000 pages from its site, with more than 1 billion Facebook pages, there is still much to do.

When a page is kicked off Facebook, it often is quickly posted on VK, the Russian equivalent of Facebook.

As for Twitter, he gave it a failing grade of F, noting that not only won’t Twitter employees meet with him, they won’t even return his phone calls.

While stressing the importance of upholding the First Amendment, Cooper labeled what is on the Internet “not speech. That’s terrorism.”

“We know we can’t keep all information off the Internet,” he admitted.

U.S. Rep. Eliot Engel (D-N.Y.), who along with Rep. Ed Royce (R-Calif.) attended the briefing, said part of the problem with stopping terrorism is that “we are always playing catch up.”
With all this information “right at their fingertips,” the Internet “has allowed people with hate to hate even more and to carry out” their mission, Engel said, adding, “This is an issue Congress needs to be involved in.”

Dealing with cyber terrorism is so important, Engel said. “If we sweep it under the rug, people with sick minds are going to prevail.”

Royce praised the Wiesenthal Center, and as chairman of the House Foreign Affairs Committee promised to remain vigilant.

There are two parts to these cyber hate sites, Royce said. He called the first part “an infatuation to excitement, in many cases against the world.” The second part, Royce said, contains “detailed instructions.”

Mark Weitzman, director of government affairs at the Wiesenthal Center, called New York “a prime target” for the terrorists, “perhaps because it is seen as home to Jews” and other ethnic groups.

But the problem is worldwide, said Rick Eaton, senior researcher at the Wiesenthal Center. “There really is no area that is exempt,” he said, listing such countries as Albania, India, Panama, Bulgaria and Pakistan as having Internet forums dealing with terrorism and jihadism.

Originally, all the sites were in Arabic. This is no longer true, Eaton said.

A forum is “an incubator of hate,” where a potential terrorist is validated, nurtured and supercharged, Cooper said. “The Internet is a game changer. It doesn’t have any borders.”

He urged Congress to bring Internet employees at Facebook and Twitter together and to recruit young Internet experts to tackle the problem.

“Give me young, brilliant dedicated people. Let them look at the problem. They can get it right,” Cooper said.

During the briefing, the Wiesenthal Center debuted its new app, digitalhate.net, which is designed to help law enforcement, government agencies and policymakers in their battle against cyber hate. It deals with the latest trends on how hate groups and terrorists use the Internet. 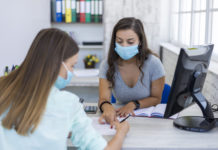