Medicine, law, science and cyber security were all interests of the young Ziv Friedwald when he was growing up in Ramat Gan, Israel, a high-tech hub just east of Tel Aviv. So, how did the energetic and passionate young man, now 23, end up a shaliach in a California camp in 2016 and an Israel Campus Fellow at The Johns Hopkins University Hillel in 2017?

Easy — first he majored in computer science, programming, physics and chemistry in high school, was recruited for his computer skills when he entered the Israeli Army at 18 and began law school while he was in the service, completing his law degree at Ono Academic College in Kiryat Ono, Israel, at 22.

“I was very into science and I wasn’t quite sure how I can combine that passion with my army service,” Friedwald said. “To be honest, the army found me. I went through a series of interviews and tests and then I got the position. I was a cyber security analyst in the army, in the Intelligence Corps.”

Although his first interest was to be a doctor, he couldn’t pursue a medical degree while in the army, so he pursued law instead to expand his knowledge and his horizons.

But that doesn’t answer the question of how he ended up in the JHU Hillel as an Israel Campus Fellow (a program of The Jewish Agency for Israel and The Associated: Jewish Community Federation of Baltimore).

How did you become a shaliach?

I always wanted to go to med school, so that’s how I laid out my future. But the summer after I finished my army service, I wanted to go do a short-term shluchim at a camp. I started the process and got assigned to Camp Ramah in California. I got to know better what it means to be part of a Jewish community in the United States. I also got to know a lot of other camp counselors who were students in the university. They told me about their Israel summer, about their Hillels on their different campuses.

How did you get to Hopkins Hillel?

I was back in Israel and going through the process of going to med school, when I got a phone call from one of the people that was in charge at Camp Ramah. She told me that they are in the process of recruiting Israel Fellows. But I was like, “hmm, I’m trying to get into med school right now. I have all my future plans ahead of me.” And she kind of convinced me to just apply.

We are here for the students. So, we are taking them out to coffee dates to get to know as many Jewish students on campus as we possibly can and build those personal relationships. We bring them to our programming, we bring them to our events. Especially around Israel, I build a lot of relationships also with non-Jews. We’re trying to bridge the gap between different communities in the Jewish community and different communities in Israel and to teach a better understanding of Israel.

What kinds of events?

We had a really big event at the beginning of the year, where the national Israeli lacrosse team came and played against Hopkins lacrosse. It was during Sukkot, so it was like tailgating the sukkah. That was really fun. I oversee a team of interns for the David Project. Some of the interns are not Jewish and they’re doing outreach to different communities on campus, to have shared events, for example, to reach out to the LGBTQ community. I also recruited and led a Birthright trip to Israel last winter break. And for the 70th anniversary, we’re doing an Israel Fair.

Did anything surprise you about American students?

Obviously, there are some differences, but overall I think we have more similarities. The whole world is influenced by American culture and pop culture. I would say that sometimes it surprised me how much students actually care here about Israel. There’s a lot of options here but a lot of them decide to spend a lot of their time in Israel programming and making our community as beautiful and strong as it is, to make our community better. So that’s something that definitely surprised me. 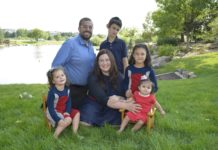 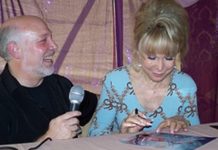