The message from the Jewish Council for Public Affairs at its annual conference Sunday was simple: for Jews to fight the spread of anti-Semitism, they should invest in community relations.

Leaders in the Jewish public affairs world called for a bigger investment from Jews across the country to combat anti-Semitism wherever it appears. What they need, said JCPA President David Bernstein, is more money: $1.6 million more per year for the JCPA and then additional money for individual Jewish community relations councils across the country. Currently, the JCPA’s yearly budget is $1.8 million.

The money, JCPA officials said, will go to increasing capacity for the organization and local JCRCs, allowing them to not only combat anti-Semitism as it arises but to build ties within communities before an incident occurs.

The targets, from a blue ribbon task force report released last month and an assessment by the Israeli public affairs firm The Reut Group, are anti-Semitic rhetoric online and in the public sphere, as well as the de-legitimization of Israel, which some see as a goal of the boycott, sanction and divest movement (BDS) targeting the Jewish state.

“The great JCRC is a big asset for the community,” said Reut founder Gidi Grenstein. “The money exists, the case for it has to be stronger.”

The task force’s report calls for budgeting and attracting top professional talent, training both professional and lay leadership, developing the definition of a “model JCRC” and “scaling that model so that 75 percent of JRCRs fit the criteria.”

At the first day of the conference in downtown Washington, D.C., attendees and speakers discussed the importance of strong community relations councils (CRCs) in the wake of the October shooting that left 11 people dead inside the Tree of Life Synagogue in Pittsburgh.

According to Josh Sayles, the director of the Jewish Community Relations Council of Greater Pittsburgh, his group was able to quickly organize a response showing solidarity from other religious and cultural groups because of ties it had cultivated before the shooting.

“The strength of our CRC made the ability to respond 10 times easier,” Sayles said. “The relationships that we’d built through a strong CRC really shined at that difficult time, and I think it showed our Jewish Federation just how important it is to invest in community relations.”

The primary funder of CRCs around the nation are local Jewish federations; most CRCs are housed within federations.

There was broad agreement among those at the conference that community relations has been a largely undervalued field in the Jewish community. In a meeting with the press after Sunday’s opening session, Bernstein said that funding for CRCs has dipped after the 1990s. In the last few years, though, has there been something of a resurgence, with 13 new or previously dormant councils opening, he said.

“In the last few years we’ve seen some real signs of life, federations that had made decisions to cut back are now reinvesting, and some that had never even considered JCRCs realized that they need to have a much stronger footprint externally,” Bernstein said.

Another theme of the Sunday session was building ties outside of the Jewish community: Meet with groups from other faiths and cultural backgrounds and organize around issues of common cause, Bernstein said.

The JCPA has made immigration reform, migrant rights and criminal justice reform central policy priorities for its lobbying efforts, partnering with organizations in the black and Latino communities to lobby Congress for bipartisan reform, according to JCPA literature.

But Grenstein described a “network challenge” posed by the way anti-Semitism or de- legitimization efforts come into public view. Where the Jewish community is small or non- existent, Grenstein said, anti-Semitism is more likely to appear, he said.

But without a responsive community relations infrastructure, it’s difficult to fight the spread.

“There’s a mismatch between where the Jewish community is strong and where these challenges emerge,” Grenstein said.

Ron Halber, the executive director of the Jewish Community Relations Council of Greater Washington, said that even where CRCs exist, many haven’t had the capacity to do that kind of network building.

“It’s always, always been an underfunded field,” Halber said. “The federations in those communities have to understand that intergroup relations and broader communal engagement is critically important. If you want to push back against anti-Semitism on the right or on the left, there’s no other way except taking the time to develop the relationships, to develop the friendships with people who will stand with you during good times and bad.” 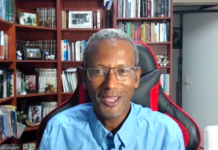