On March 4, the United States closed its consulate in Jerusalem and merged it with the new U.S. Embassy. This consulate long served as a de facto American embassy to the Palestinians. Thus its closure was widely interpreted as a downgrading of our relations with the Palestinians and a blow to the peace process.

This is hardly the first time that President Donald Trump has been accused of taking radical steps that will do irreparable harm to prospects for Israeli-Palestinian peace. Similar criticism followed his decision to recognize Jerusalem as Israel’s capital and move our embassy there. He was likewise castigated when his administration cut aid to UNRWA, the United Nations agency that delivers relief and education to Palestinian refugees, and the Palestinian Authority.

It’s true that Trump’s actions break with America’s longstanding approach to this conflict. It’s also true that his moves have created short-term turbulence in our relations with the Palestinians.

But those who believe that Trump’s policy makes an Israeli-Palestinian deal less likely fail to recognize the true obstacle to such a deal. Far from obstructing the peace process, Trump’s actions may well be the radical therapy necessary to finally move this process forward.

From the beginning, the main force driving this conflict has been the Palestinian rejection of Israel’s right to exist in any size, shape or form.

This doesn’t mean that all Israelis are doves. Yet despite very real internal dissent, the Jews have offered to share this contested land with the Arabs of Palestine on five separate occasions: 1937, 1947, 1967, 2000 and 2008. Even the smallest of these offers would have recognized a Palestinian state in all of Gaza, over 94 percent of the West Bank and Arab eastern Jerusalem.

The Palestinians rejected every single offer. In three of these instances the rejection was quite violent. In 1947, the Palestinians launched a war to destroy the nascent Jewish state. And in 1937 and 2000, they waged extended terrorist campaigns against Israeli civilians that resulted in hundreds of civilian deaths.

Little has changed in the interim. Until this day, the supposedly moderate Palestinian Authority President Mahmoud Abbas provides rich financial rewards (and a powerful incentive) to any of his citizens who go to jail for murdering Israelis.

How does one explain this iron wall of rejection? Quite simply, it’s the logical outcome of refusing to recognize the Jewish connection to Israel and any Jewish rights that flow from it, as the Palestinian leadership has consistently done.

Given this reality, there’s no reason to believe that yet another Israeli offer would be met with anything but another Palestinian rejection. Continuing our policy of accommodating, excusing and even encouraging such rejectionism is unlikely to stop it. Only bold moves to challenge this denial of Jewish roots and rights in Israel offers some hope of changing this long standing status quo – which is exactly what President Trump has been doing.

When Trump recognized Jerusalem as Israel’s capital, he made the powerful statement that the greatest power on earth recognizes the Jewish connection to this city. When the Trump administration refused to continue sending payments to a government that rewards the murder of Israelis, it made clear that we will no longer subsidize and excuse Palestinian terror. And when Trump shut down our consulate in Jerusalem, he ensured that American diplomats will no longer contradict or blunt these long overdue messages.

There are some encouraging things happening in Palestinian society: Palestinian entrepreneurs are building high-tech businesses. Ramallah is developing into a dynamic urban center. Many young Palestinians finally seem more interested in looking forward in hope than looking back in anger.

Yet Palestinian society is still saddled with the same corrupt leaders who have consistently chosen violence over compromise.

Trump’s moves have no doubt angered this aging terrorist class. But by challenging both their tactics and their propaganda like no president before him, Trump is finally creating an opening for this rising generation to acknowledge Jewish claims, reject terror and choose a better future. 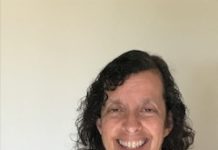