Everyone dreams of finding a job that mixes something they’re passionate about with their college major. Natasha Baum, 21, managed to do exactly that.

A native of Ridgewood, New Jersey, Baum is currently living in White Marsh, Maryland. She graduated from Towson University in May, where she majored in business administration with a concentration in marketing. Merely a month after graduating, Baum landed a position at The Associated: Jewish Federation of Baltimore as a marketing coordinator.

Baum was heavily involved with the Towson Hillel, serving as a student leader for Towson Hillel Incubator Cohort (THIC). She also was a member of the Hillel’s Shabbat committee, organizing Shabbat services and programming for the campus organization. Outside of Hillel, Baum worked in the University Admissions office, serving as the manager for student workers in her last year at Towson.

How did you get involved with Towson Hillel and later on, become a leader?

I walked into Hillel my first week at Towson. I was interested in Friday night services and an atmosphere that was like the synagogue youth group I was a part of. I quickly became heavily involved and was then asked as a freshman to be a part of the then-student board. I’ve been a part of [its] leadership ever since.

What did your position entail?

Throughout all four years at Towson, I took care of a lot of the “background needs” for Hillel. Organizing fundraising opportunities, creating and making students aware of volunteer events and helping to plan regular programming were all part of my weekly duties. I worked closely with the Student Government Association to ensure that Towson Hillel complies with their regulations to maintain the highest status a student organization can receive … I lived and breathed Hillel! But I loved it.

What did you enjoy about Hillel as a whole, and about being involved with the Hillel?

As an organization, I feel that Hillel does a great job at connecting students to Judaism as a whole in whatever capacity that means for them. Whether it be learning, Friday night services, volunteering or community, Hillel is a place for all Jewish students to feel comfortable and meet other like-minded individuals.

For myself, Hillel was my home away from home. Going out of state for school, Hillel became the place where I made my best friends, spent my holidays, ate Shabbat meals and became a part of a community. I couldn’t imagine my college experience without it.

Tell me about your job at The Associated.

I started working for The Associated in June as a marketing coordinator. Day to day, I assist the account executives to ensure that their client needs are being met. I was introduced to The Associated through Hillel initially because I was able to witness all the amazing work that they do for the Jewish community in Baltimore.

It is always exciting to take what you learn in the classroom and apply it to a real-life scenario. The Associated, in particular, is great because I can combine my passion for marketing and Jewish leadership into one role.

What do you love about Judaism?

My relationship with Judaism is ever-evolving. Throughout college, I have connected more to Judaism than I ever thought! It has allowed me to learn and grow so much as an individual as well as learn from others. It has brought me a community that I am so proud to be a part of.

How has being Jewish impacted you?

Being Jewish is something that only recently has been making a larger impact on my life. While I was active in my synagogue growing up, it was not something that I thought about when making a college decision. What is funny to me is that I didn’t even realize how large Towson or Baltimore’s Jewish population was until I got on campus. But I am so happy it happened that way.

Through my involvement in college, being Jewish has impacted me in many more ways than I had imagined – from taking Hebrew classes, volunteering, learning, making life-long friends, interning and substitute teaching at Beth El Religious School, and spending occasional Shabbats in Pikesville to finding a job within the community. Judaism has shaped my life in more ways than I would have thought just five years ago. 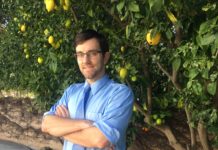 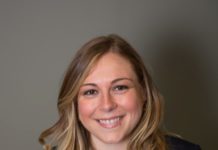 You Should Know…Jessica Gorsky Halle 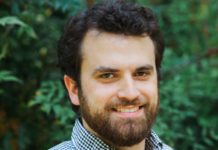 You Should Know… David Speer