On Kent Island, about 50 miles outside Baltimore, lies an idyllic 102-acre farm that’s causing all sorts of buzz … literally.

Owned by beekeeper Kara Brook and her husband Howard, Chesterhaven Beach Farm is where Kara harvests honey for her honey-based product line, Waxing Kara. Honey House, located at the Metro Centre in Owings Mills, is Waxing Kara’s laboratory, production facility and retail store, dedicated to showing the potential of honey and honey beauty products to consumers. Waxing Kara offers a wide variety of products, including body scrubs, facial masks and oils, teas and silky body creams, which have been sold in more than 250 stores nationwide.

Waxing Kara’s honey is kosher-certified by Star-K, a major kosher certification agency. What does is it take for honey to be certified as kosher? “It means that we are overseen by a rabbi, [and in] all of our processes and how we go about harvesting honey and processing honey that we stay firm to kashrut law,” explained Brook. The honey is 100% pure, with no flavor infusions or other additives; it is not heated above a certain temperature in the production process; and it is “filtered of all its bee-parts,” she said. One would think this last detail would be common practice, “but there are a lot of bee-keepers out there that offer totally-raw honey straight out of the hive,” she said.

“The beekeeper rulebook is that you sell pure honey,” she said, but there isn’t a “standard of identity” for honey the way there is for chocolate and coffee. (A standard of identity sets out what ingredients a product must contain, which ingredients it may contain, and any manufacturing standards.)
There are “bad characters” out there who adulterate their honey with corn syrup and other substances, said Brook. “When you know your beekeeper, you know you’re getting pure honey.”

Brook spends Thursday through Sunday at the farmhouse, taking care of the bees and harvesting lavender for Waxing Kara products, and the rest of the week based at the family’s home in Pikesville. She grew up attending Beth Israel and keeps a kosher household, but said it was the overwhelmingly positive response from friends and customers that sold her on the idea of getting kosher certification for her honey.

Brook never imagined she would end up as a beekeeper. An artist first, she initially got into the bee world because she was inspired by artist Tony Sherman, who used beeswax-based paints to create beautiful and unique works of art. She wanted to harvest her own honey in order to paint with this medium.

So how did she get started as a bee-keeping novice? By searching the internet — “the way all good things start,” she said, smiling. “I thought at first, I’d just be putting some bees in a box, and how hard could that be?”

Pretty hard, actually. Fortunately, Brook was able get advice from Sherman. “He was so helpful, kind, sincere and like a mentor,” she said, telling her where to go to school, who she should study with and where to get her materials. What started as a hobby soon evolved into a full-fledged honey-making brand.

Other than the straight honey, food products sold at Honey House — honey lollipops, teas made from wildflowers from the farm — are not kosher-certified. If the cost permitted, Brook would like to include those in her kosher offerings as well, she said.

With product names like “Strength,” “Harvest” and “Place in the Sun,” she said she wanted to choose names that were thought provoking. Her favorite scented candle is “Drone,” which was made for her husband. “He wears this tobacco and vanilla cologne by Tom Ford, and it’s the same kind of smell and reminds me of him,” she said.

Howard and Kara have been married almost three years, and he owned the farm before it became a bee haven. “He is really supportive of the decision to have this business. I always make sure to give him a lot of credit because the farm and the bees wouldn’t be able to happen without his support,” she said. “He’s my champion.”

According to Kara, Howard once told her that before he knew her, one jar of honey could last him for 40 years. “At that rate, he was probably using it only once a year during Rosh Hashanah,” she laughed.

Brook pointed out that September is not only when Rosh Hashanah falls this year — it’s also national honey month. Starting Sept. 1, the Waxing Kara site will offer a variety of buy some, get more deals.
“It’s a nice way to give people Rosh Hashana wishes for a sweet new year,” she said.

When she is on the farm, Brook said likes to head up into her studio next to the farmhouse for an hour or two at dusk, taking in the last of the evening’s precious light as it shines through the room’s grand circular windows. Many times, she finishes her day out on the back patio, taking in the sunset — a moment she likes to call her special form of meditation. Here on this farm, with the open fields and the bees and the peace all around, she can’t help but reflect.

“I love how my life is so simple in this way,” she said. 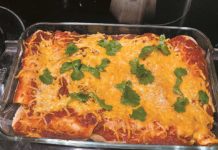