In the Jewish community, there are some axioms (perhaps unspoken) that we don’t think about much. Rugelach is best right out of the oven. Never argue with your mother. A bar or bat mitzvah marks a Jewish child’s entrance into adulthood.

But in reality, not everyone has their bar or bat mitzvah at the ripe old age of 12 or 13. Some people have their coming-of-age ceremonies after coming of age.

What could happen to cause a young Jewish person to miss their bar or bat mitzvah? There are diverse reasons that people miss out on this seminal Jewish experience, but the bat mitzvah, in particular, is a relatively recent phenomenon and was uncommon for women for many generations. For some it’s about a journey of personal fulfillment. For others, it’s borne of a desire to challenge the status quo.

We spoke with four area residents who either had, or are preparing for, their adult bat mitzvahs: Hannah Heller, Deb Braffman, Rachel Krug and Deborah Sachs Barsky. (We reached out to men as well, but did not receive replies as of press time.)

Pikesville resident Hanna Heller, 62, had her bat mitzvah at 57. She grew up in an Orthodox family in Indiana, and bat mitzvahs were something that, as of 1969, were just beginning to be seen in the Reform and Conservative communities, and were essentially unheard of in the Orthodox world.

Heller’s father was the rabbi of her Orthodox shul, and while he and his sons were allowed and encouraged to read Torah and sing hymns, for her that was out of the question. “I had a musical voice, but was not allowed to sing,” she said, which left her feeling stifled and unable to fully express herself or her faith.

Years later, after learning to read Torah with a women’s group and joining Baltimore’s Conservative synagogue Chevrei Tzedek, she learned that four adult female members of the synagogue had chosen to have bat mitzvahs as adults. So she decided to do it, too.

The first of those previous bat mitzvahs had been Rachel Krug of Pikesville, 78, who said she was the first bat mitzvah at San Francisco’s Temple Beth Abraham, many years ago. But that West Coast ceremony was fairly simple and abbreviated, she said. “I read a little bit of the haftarah, and that was it. It wasn’t very much.”

Thankfully, Krug said, her family inspired and encouraged her to be whatever she wanted. In fact, after Krug’s mother started questioning why only men could lead services, she eventually started leading services herself. While still on the West Coast, Krug learned to read Torah from Cantor Marc Dinkin. Then, upon moving to Maryland and joining Chevrei Tzedek, she felt it was time to show she was “a participating Jewish adult.”

The story was a bit different for Deborah Sachs Barsky of Baltimore, 54, who confessed she was kicked out of Hebrew school for getting into fights. As a result, she didn’t receive as much of a religious education as she might have.

Barsky chose to try her hand at a bat mitzvah ceremony after being encouraged to do so by her husband, and by Krug. Barsky also saw it as a way of honoring her older brother, Jared Sachs, who died at 11, before he had a chance to have his bar mitzvah.

Deb Braffman also had personal reasons for having a bat mitzvah as an adult — her second one. Braffman was preparing for her bat mitzvah as a way of honoring her late parents, and as a way of reestablishing her ties with Jewish religion, which she had gotten away from when she was busy pursuing her education and then taking care of her mother. Now, she’s making Judaism a priority in her schedule.

While some new bar and bat mitzvah students look toward the past, just as many look to the future. Cantor Linda Baer of Columbia, 64, who began tutoring b’nei mitzvah students in the 1990s, said that many of the adult students she taught were grandparents who were inspired to go through the ceremony after seeing their grandchildren bar or bat mitzvahed. Or, Baer said, they chose to undergo the ceremony to set a good example for their grandchildren.

Many adults do the preparation for the ceremony on their own, unlike children who rely heavily on tutors.

Braffman has primarily been teaching herself what she will need for her bat mitzvah ceremony, aside from the ritual director who gave her a CD on what to expect for her haftarah portion. Heller also did her preparations independently, since before her ceremony she already knew how to read Torah, chant and even lead services. She did do a lot of online research, though, practiced the Torah, and studied up on her parshah regarding Pharaoh’s dream of the seven cows.

Krug and Barsky, however, had a bit more support in preparing for their bat mitzvahs. Barsky got assistance from Sally Grobani, who she said was a great teacher. Meanwhile, Krug was deeply grateful for the tutelage of Hannah Heller, who, years later, would go through the same ceremony herself.

Baer remarked that tutoring adult b’nei mitzvah students can require something of a delicate touch: “The most important thing is to keep in mind that these are competent adults who have had distinguished careers,” Baer said. “And yet they are often uneasy because they are neophytes at this and they haven’t been new at something in many years.”

Baer works to overcome this intimidation by telling her adult students to “think of me as a consultant, or as your coach, and as your coach I will catch you if you fall.”

Adult students can rely on the broader community, too. Heller, Krug, Barsky and Braffman all found that when they told their friends and family about pursuing a bat mitzvah as an adult, they received positive reactions. In fact, Heller said that so many people attended her bat mitzvah, she felt embarrassed for not having enough food for them. Krug and Barsky both had many out-of-town relatives coming to see their respective big days.

No matter how much preparation is done beforehand, the actual moment when an adult goes up to the bimah at last for the bar or bat mitzvah can be quite emotional.

Heller recalled thinking: “Forty-five years later, this is my dream come true.” She envisioned her 12-year-old self, and told that little girl, “Now your dream is here. It is never too late. Here is that dream that you couldn’t have in 1969.”

Krug had a similarly powerful experience.

“I felt like I was standing there for my mother and my grandmothers and my daughter and for the children to come,” she said. “We are all here — it has nothing to do with if you are male or female anymore.”

None of the four women felt the need for an overly bombastic party, as they might have when they were younger and an extravagent celebration was expected. Instead, they chose to celebrate after the ceremonies with relatively modest dinners or brunches as a way of commemorating the moment with loved ones.

The adult bar/bat mitzvah is a ritual that is dominated, these days, by women. In all her years of tutoring adult b’nei mitzvah students, Baer could only remember one man who studied with her.

In addition to the fact that bar mitzvahs have been standard for boys for so much longer than for women — the bat mitzvah was introduced in 1922 — Braffman wonders if it’s partly because men are more private when it comes to the past. Krug also thought that men might not feel comfortable talking about the subject, while noting that that women live longer than men, which gives them more opportunities to contend with unfinished business.

When asked if she had any advice for people considering bar or bat mitzvahs as adults, Braffman said, “Listen to your heart and your inner faith, and that will guide you in the direction of making a decision.”

Heller offered her own counsel: “I would encourage anyone who has thought about it not to be afraid, and to just do it, and it will make such a difference. 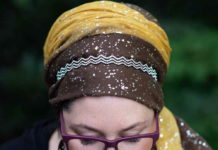