Four questions. Four cups of wine. Four types of children. At Passover, the number four figures prominently in the rituals of the seder, the ceremonial holiday meal that can be mesmerizing and mystifying.

Four new delightful and brightly illustrated books for young kids will enliven the popular eight-day spring holiday, which this year begins on the evening of April 19. One features kids’ favorites from the long-running TV series “Sesame Street.”

A fifth new title, set in ancient Jerusalem, is a perfect complement to the seder that ends with a tune sung to the phrase “Next year in Jerusalem.”

A Seder for Grover

In this first of four planned “Sesame Street” board books from Kar-Ben, publisher and children’s author Joni Kibort Sussman teams with longtime “Sesame Street” and Muppet book illustrator Tom Leigh to offer little ones an entertaining introduction to the Passover rituals and traditions.

The youngest kids and their grownup readers will want to join Grover, Big Bird and their “Sesame Street” friends at Avigail’s Passover seder to eat matzah, read the Haggadah and ask the Four Questions. Grover tells his friends it’s good to invite guests to the seder. Even Moishe Oofnik the grouch is included.

In this lively, rhyming story, an adorable mouse named Pippa is preparing for the seder. She sets the table and stirs the chicken stew. But where’s the special shiny gold seder plate placed in the center of the table to display the ritual foods eaten at the ceremonial meal?

The kids will have fun as they follow Pippa in her search — from inside her house to the garden, fields and ponds outdoors.

Author Vivian Kirkfield’s playful verse introduces kid to the seder rituals, while award-winning artist Jill Weber (“The Story of Passover”) puts readers in the scene with the cute gray and pink mouse. Her bright, large format illustrations are brightened with yellows and greens to match the springtime festival.

Marcy is the youngest child in the family who has just learned to read, and it’s her turn to ask the Four Questions at her seder. But Marcy’s older brother, Jake, isn’t so happy to relinquish the ritual that has won him plenty of praise from his relatives. Marcy, a vivacious and inquisitive girl, turns down all offers of help to practice reciting the Four Questions.

Older kids may figure out that Marcy doesn’t realize that she’s expected to read the traditional questions from the Haggadah. She’s come up with her own questions all by herself. Here’s one: How many matzah balls in Grandma’s chicken soup? Read to see how the family and Jake react.

In Susan Lynn Meyer’s humor-filled tale, two families share a home in Apartment 4B, where they are eager to celebrate Passover. Young Eli Winkler is welcoming his human family’s guests to their seder in their “Abovestairs” apartment. Under the Winkler’s floor is the young Miriam Mouse and her mouse family, who live “Belowstairs” and occasionally enter the Winkler apartment through a tiny round mouse hole.

This year, the Winklers have stored their matzah in a tightly sealed tin box and Miriam Mouse hasn’t been able to find any stray pieces — not even crumbs – for her family’s holiday. When the determined Miriam crawls through her hole, she spies Eli’s father hiding the afikomen, the piece of matzah needed to conclude the seder meal. Who will find the hidden matzah first, Eli or Miriam Mouse? Kids will delight when Miriam Mouse finds the perfect solution for both families.

In this gracefully told story, Elka Weber takes kids back in time to ancient Jerusalem, where a curious boy named Shimri is told he’s too young and small to help his older and bigger family members plow the fields and draw water from the faraway well. But His Grandma Eliora reassures him that “Big ideas can come from small mouths,” and urges him to look closely and listen.

Shimri learns that King Hezekiah is looking for ideas on how to bring water inside the city’s walls and wonders if the king will listen to a small boy’s solution to the problem. Weber’s timeless, folk-style tale will strike a chord for young readers who will share Shimri’s frustration.

The warm desert tones of Inbal Gigi Bousidan’s illustrations evoke the landscape and lifestyle of ancient Jerusalem. An author’s note explains the fictional story is inspired by Hezekiah’s Tunnel, which was dug during the eighth century BCE, an engineering feat for its time. 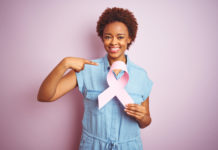