As she prepared for Project Kesher’s 25th anniversary Global Day Trip next week in New York City, the organization’s executive director, Karyn G. Gershon, reflected on the Jewish women’s organization that trains women in Russia, Ukraine, Belarus, Moldova, Georgia and Israel to take on leadership roles in their own communities.

PK’s leaders advocate for the status of women and girls in the areas of health, financial literacy, domestic-violence prevention and sex trafficking. The project’s anti-hate programs build tolerance and encourage interfaith dialogue and cooperation, said Gershon, while its education programs provide opportunities for Jewish women in the former Soviet Union to discover their Jewish heritage and religion and to rebuild the Jewish communities that once flourished there.

An international organization, the project receives support from Baltimore-based foundations such as the Joseph and Harvey Meyerhoff Family Charitable Funds and the Alvin and Fanny B. Thalheimer Foundation. Originally, it had planned to mark its quarter-century anniversary with a mission to the former Soviet Union, but due to the recent violence in Russia and Ukraine, the trip had to be canceled. Instead, PK’s leadership decided to bring Vlada Bystrova Nedak and Irina Skliankina, two of their most influential young leaders, to the U.S. to report on their progress, the continuing needs of their communities and to provide briefings on the situations in their countries.

Bystrova first became involved with PK when she was 18, and her grandfather, a leader in their small Jewish community in Krivoy Rog, Ukraine, encouraged her to attend a retreat. After the retreat, Bystrova volunteered with PK and became a paid employee with the organization four years later.

“My first job was overseeing a youth program,” she recalled.

Now 34 and a mother of two, Bystrova is well aware that her work with PK is more than a vocation; it represents a kind of poetic justice for her family and community.

“I was born in communism and lived under it until I was 7 or 8,” said Bystrova. “Then the USSR was broken. We had no spiritual life. But then I found Project Kesher. It gave me ideas and a mission. I learned about Jewish values; it was really interesting. I had heard much about my Jewish and family roots. I decided to make it my life, not just a story. It is full of meaning.”

One of PK’s most successful programs is the establishment of 18 vocational training centers in Bel-arus, Georgia, Russia and Ukraine. In partnership with World ORT, an international education network, ORT KesherNet provides training in fundamentals of Microsoft Office, English, graphic design, bookkeeping, job readiness, job placement and financial literacy. In addition, the centers, open to women of all ethnicities and religions, provide support, shelter and resources for women who are victims of domestic violence and rape. In 2009, Hewlett-Packard named ORT the No. 1 computer project in the region.

Gershon said that so far, the centers have graduated nearly 20,000 women at a cost of less than $75 per woman.A PK supporter, Marta Miller of Chevy Chase, has been involved with PK since the mid to late 1990s. Miller, 66, a member of Adas Israel Congregation, has traveled with PK twice — in 2004 and 2007. Miller said she enjoyed many things about her trips, but she found certain experiences especially profound.

“One highlight was a ceremony in which some of the PK women [raised without Judaism] took on Hebrew names and received aliyahs,” she recalled. “And on both trips there were the Torah-returning ceremonies. Project Kesher has been very active in getting Torahs no longer used by congregations in the U.S. and returning them to Russia and the Ukraine.”

According to Gershon, when Bystrova and Skliankina return to Ukraine and Russia after the global trip to the U.S., they will be bringing back the 26th and 27th Torah scrolls that PK will send to the
former USSR.

“It is extraordinary to witness the transfer of the Torahs to the women there,” said Miller. “And for the American women, many of whom have family connections or ancestors from those countries … the beauty of being able to return them … is joyous and poignant and meaningful.”

Miller, an ESL teacher who teaches English to Russian speakers at the JCC in Rockville, has been tutoring Skliankina in preparation for the global trip. Seeing young women such as Skliankina leading their Jewish communities is especially rewarding for Miller.

“More young women are coming in and thriving,” she said. “They’ve had a different upbringing. Maybe they were born in the last years of the USSR, in a more open, changing environment. It is more natural for them to look at their Jewish ancestry and easier to be a Jew.”

Nowadays, said Bystrova, her community boasts Jewish organizations such as a JCC, a Jewish day school and a Chabad synagogue. In her city of 80,000, she estimated that 12,000 people are Jews, though only about half of them are active in Jewish life.
Remarkably, Bystrova said she has not experienced any anti-Semitism in Krivoy Rog.

“I tell everyone I’m from a Jewish organization and I work with other organizations that are not Jewish. I have worked with a trade union at a big factory to change conditions for women. I am trying to get the factory to cover mammograms,” she said. “I feel very free. I feel comfortable.” 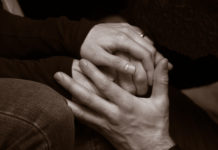 What the pandemic can teach us about loneliness