A longtime multimedia journalist for WMAR-TV, O’Neal said it can be hard to find a new spin on an annual event. That was until he came across the story of Gwynn Oak Park. The one-time amusement park represented a key struggle in the battle over civil rights. On July 4, 1963, 283 people were arrested and charged with trespassing outside the park during a protest by those outraged over its refusal to admit African-Americans.

What attracted O’Neal to delve deeper into Gwynn Oak Park was seeing old photos of whites — many of them Jewish — marching side-by-side with African-Americans over this social injustice. The protest worked. A little more than a month later, the park was desegregated and remained that way before going out of business in 1972 after devastating rains from Hurricane Agnes.

“The thing I wondered the most was why would all of these white people — who could go into the park — risk being arrested, spit on and even attacked to help in this cause,” said O’Neal, who is African-American. “I was fascinated to find out their stories.”

That fascination led O’Neal, along with his wife, Beverly, to produce a documentary on the protest. The film, “All the King’s Horses: The Story of Gwynn Oak Park,” will debut on April 24 at 2 p.m. at Morgan State University’s Student Center Theatre. The film offers a sampling of the more than 20 hours of eyewitness accounts and personal narratives of those involved in the desegregation of the park.

O’Neal said he included all sides of the story and utilized several other sources, including photographs taken at the protest by the Baltimore News American and newly uncovered film footage.

For O’Neal, the project represents his first foray into feature filmmaking and one he hopes will create positive dialogue between Baltimore’s Jewish and African-American communities.

He said the film stresses the commonalities between the two communities and how Jews marched side-by-side with African-Americans during civil rights-era protests. This included Jewish leaders such as Baltimore Hebrew Congregation’s Rabbi Morris Lieberman, who was one of the many clergy arrested at the Gwynn Oak Park protest.

“The Jewish community could relate to the African-American community, especially during that time,” O’Neal said. “The Holocaust was fresh in the minds of many; Jews know what it feels like to be persecuted. They wanted to make sure that didn’t happen to anyone else. Segregation against any group is wrong.”

Author Amy Nathan hopes the film will teach young people what can happen when groups work together for the betterment of the community as a whole.

Nathan, a Baltimore native who lives in New York, wrote “Round & Round Together: Taking a Merry-Go-Round Ride into the Civil Rights Movement,” a book that chronicles the Gwynn Oak Park protest.

“One thing that has become apparent since writing my book is that the story of Gwynn Oak Park is unknown to many today,” Nathan said. “This film can really bring this story to life and show how the Jewish and African-American communities can work together. The park was symbolic in showing how one small event can lead to a big victory when it comes to ensuring civil rights for all.”

The film’s premiere at Morgan State represents just one of several events scheduled to commemorate the 50th anniversary of the Gwynn Oak Park protest. Plans are in the works for additional screenings at Baltimore Hebrew Congregation and Beth Am Synagogue. There will also be a ceremony to celebrate the event on July 7 at the site of the former park.

Rabbi Gila Ruskin of Temple Adas Shalom in Harford County is among those leading the effort for the event.

“We want the community to understand how people from different backgrounds can come together to defeat social injustices,” said Rabbi Ruskin, who is also the first vice president with the Baltimore Board of Rabbis. “Pete and Beverly’s film will show just how important a role Baltimore played in ending segregation and advancing the civil rights movement.” 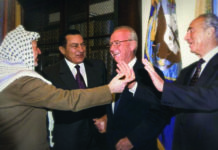 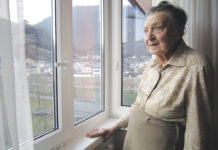 Surviving former Nazis give their ‘Final Account’ in new documentary 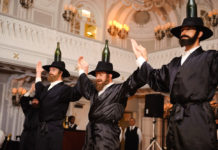