Like many Jewish kids from Baltimore, Alex Simone had traveled to Israel with his parents and synagogue growing up, but making aliyah and joining the Israel Defense Forces wasn’t something he ever saw in his future.

That changed when his friends began leaving for Israel. Eventually, the stories that filtered back from his friends in the IDF were enough to pique his interest. At 23, with college under his belt, he enlisted in the IDF. He knew there would be no family waiting for him in Israel, no familiar face at the door when he returned to his apartment each night. He also knew that with university behind him, he was older than the new recruits he would be serving with. Still, it answered a need.

“I felt very much on the sidelines but with the desire and the ability to help,” Simone said. “I was looking for purpose, something exciting, and I found both of those in the IDF.”

Simone’s story isn’t that different from those of other lone soldiers, who serve in the IDF but don’t have family in Israel. According to the Lone Soldier Center, a nonprofit that helps provide support and advocacy for these men and women, there are some 7,000 lone soldiers currently in the IDF. The number fluctuates each year and includes volunteers and immigrants from all over the world.

Last Shabbat, Baltimore recognized its own contingent of lone soldiers. The Friends of the IDF and five synagogues hosted a commemoration to recognize the more than 64 soldiers that had served in Israel in recent years. Beth Tfiloh Congregation, Congregation Beth Abraham – Hertzberg’s, Beth Israel, Chabad of Owings Mills and Pikesville Jewish Congregation hosted presentations and discussions about what the lone soldier program is and what it serves to accomplish. The events recognized 14 soldiers from Baltimore who are currently serving in the IDF and more than 50 who are now veterans of the program.

“This weekend, the first of its kind, was a great way to raise awareness and come together as a community to salute, honor and connect with our native lone soldiers,” said Reut Friedman, director of the Maryland chapter of the FIDF. “Especially now, with the realities we face under the coronavirus, we want to show our continued love and support to all Baltimore lone soldiers who left home to protect the land of Israel and their families.”

Presenters included Nathan Altshuler, a lone soldier who served as a paratrooper in the 890th Brigade during 2012-2014. He enrolled in a preparatory program before his service to help him learn conversational Hebrew and acquire the basic skills and stamina he would need during his enlistment. Altshuler said those skills include tools he still uses every day.

“One of the biggest things I took specifically from the army is time management,” Altshuler said. Another is zman kadosh — the idea that time is holy and not to be wasted. He said he tries to carry those lessons forward by passing them on to the younger generations he now teaches through StandWithUs. Altshuler works as the mid-Atlantic high school coordinator for the Baltimore region, where he teaches precollege Jewish teens about Israel, as well as life skills and knowledge they’ll need to succeed in college.

Like Altshuler, Simone also chose to return to Baltimore after his service, where he now works as a real estate agent. From his service in the IDF, he learned that quick-thinking action sometimes takes precedence over discussion.

He said that lesson crystallized for him when the coronavirus pandemic hit this year while he was helping serve hot meals at Moveable Feast. He currently volunteers as a team leader for the nonprofit.

“Let’s not just talk about it; let’s roll up our sleeves and go and make some food for some sick and hungry people,” Simone said.

Altshuler and Simone had some insights for families and parents who may be wrestling with the reality that their son or daughter may one day choose to enlist in the IDF.

“The experience of being a Lone Soldier shaped me as an individual,” Altshuler said. “One of the things they should understand, if their child decides … to embark on such a journey, is they are going to get back a boy or girl who is now a man or woman.”

“The army is a place that takes in children and turns out responsible adults,” Simone said.

From his vantage point, he added, it’s an education that is best experienced before college and before trying to make important career decisions.

“Families should know that Israel is a safe place and a beautiful place,” Altshuler said. “It’s a place full of history and a place that is still creating history. And they should know that their child will benefit from their service, enjoy their time and hopefully stay safe.”

Jan Lee is an independent journalist living in Canada who writes on Jewish culture, history, business and the environment. 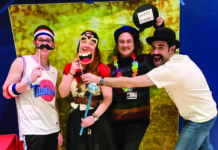 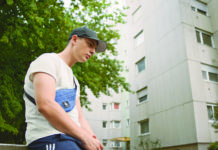