Why would this month’s history column be about a German-Catholic athlete?

Here’s our pitch. It’s a Baltimore baseball story of sorts, but while Jews love baseball, not everyone knows there is a single, but meaningful, Jewish connection to Baltimore’s baseball icon George Herman “Babe” Ruth. The particular incident, described in the following article by Rafael Medoff, occurred a bit more than 70 years ago, on Dec. 22, 1942, when the Nazis’ “Final Solution” was at its height in Europe.

Babe Ruth was born in a Pigtown row house at 216 Emory St. in 1895. His father, George, was a saloon owner and lightning-rod salesman of German descent. His mother, Kate, of German-Irish descent, was often ill. 216 Emory St. is now the Babe Ruth Birthplace Museum and is just a few blocks from Oriole Park at Camden Yards. But in the early years of the past century, the young Babe Ruth was often in trouble, as he roamed the streets of the Ridgely’s Delight neighborhood. He was sent to St. Mary’s Industrial School for Boys, a reformatory and orphanage, where he lived under the custody of the Catholic missionaries who ran the school. The site of St. Mary’s is occupied by the former Cardinal Gibbons School. It was there that Brother Matthias Boutlier introduced Ruth to baseball, and the rest, of course, is history. One could say that this “Ruth” played “Boaz-ball,” and like the Biblical Ruth, who converted to Judaism, perhaps Babe, too, understood Jewish principles, took them to heart and acted to promote the well-being of others.

Seventy years ago on Dec. 22, the names of 50 German-Americans appeared on a full-page advertisement in The New York Times and nine other daily newspapers to raise their voices “in denunciation of the Hitler policy of cold-blooded extermination of the Jews of Europe.” The most prominent signatory was George Herman “Babe” Ruth.

Babe Ruth is remembered for his home runs on the field and his hot-dog binges and other peccadilloes off the field. But as the American public is about to discover, there was another Babe Ruth — one who went to bat for women and minorities, including the Jews of Europe during the Holocaust.  Throughout the spring and summer of 1942, Allied leaders received a steady stream of reports about the Germans massacring tens of thousands of Jewish civilians. Information reaching the Roosevelt administration in August revealed that the killings were not random atrocities, but part of a Nazi plan to systematically annihilate all of Europe’s Jews. In late November, the Department of State publicly verified this news, and, on Dec. 17, the U.S. and British governments and their allies issued a declaration acknowledging and condemning the mass murder.

But aside from that Allied statement, the Roosevelt administration had no intention of doing anything in response to the killings. There was no serious consideration of opening America’s doors — or the doors of British-ruled Palestine — to Jewish refugees. There was no discussion of taking any steps to rescue the Jews. As quickly as the mass murder had been revealed, it began to fade from the public eye.

Dorothy Thompson was determined to keep that from happening. And Babe Ruth would help her.

Thompson (1893-1961) was the first American journalist to be expelled from Nazi Germany. She was once described by Time magazine as one of the two most influential women in the United States, second only to Eleanor Roosevelt. In the autumn of 1942, Thompson contacted the World Jewish Congress with a novel idea: mobilizing German-Americans to speak out against the Nazi persecution of the Jews.

As a journalist, Thompson understood the man-bites-dog news value of German-Americans protesting against Germany — especially in view of the well-publicized pro-Nazi sentiment in some segments of the German-American community. Just a few years earlier, more than 20,000 supporters of the German American Bund had filled Madison Square Garden for a pro-Hitler rally.

The World Jewish Congress agreed to foot the bill for publishing Thompson’s anti-Nazi statement as a newspaper advertisement. She drafted the text and set about recruiting signatories. Seventy years ago on Dec. 22, the “Christmas Declaration by men and women of German ancestry” appeared as a full-page ad in The New York Times and nine other major daily newspapers.

“[W]e Americans of German descent raise our voices in denunciation of the Hitler policy of cold-blooded extermination of the Jews of Europe and against the barbarities committed by the Nazis against all other innocent peoples under their sway,” the declaration began. “These horrors … are, in particular, a challenge to those who, like us, are descendants of the Germany that once stood in the foremost ranks of civilization.” The ad went on to “utterly repudiate every thought and deed of Hitler and his Nazis,” and urged the people of Germany “to overthrow a regime which is the infamy of German history.”

The names of 50 prominent German-Americans appeared on the advertisement. There were several notable academics, such as Princeton University dean Christian Gauss and University of Maine president Arthur Mauck. Leading Protestant theologian Reinhold Niebuhr, news correspondent William Shirer and orchestra conductor Walter Damrosch appeared on the ad. So did Freda Kirchwey, editor of the political news weekly The Nation, and Oswald Heck, speaker of the New York State Assembly.

But the signatory who was by far the best known to the American public was George Herman “Babe” Ruth.

Ruth, at that time held the records for the most home runs in a season (60) and the most home runs in a career (714), as well as numerous other batting records. Having excelled as a pitcher before switching to the outfield and gaining fame as a hitter, the amazingly versatile Ruth even held the pitching record for the most shutouts in a season by a left-hander. Not surprisingly, Ruth was one of the first players elected to the Baseball Hall of Fame.

By participating in this German-American protest against the Holocaust, Ruth used his powerful name to help attract public attention to the Jews’ plight. Timing is everything, and the timing of Ruth’s protest was crucial: Precisely at the moment when U.S. officials were hoping to brush the Jewish refugee problem aside, Babe Ruth helped keep it front and center.

In an era when professional athletes rarely lent their names to political causes, and when most Americans — including the Roosevelt administration — took little interest in the mass murder of Europe’s Jews, Babe Ruth raised his voice in protest. Ruth’s action is even more memorable when contrasted with the kind of behavior that often lands athletes on the front pages these days.

Filmmaker Byron Hunter and Ruth’s granddaughter, Linda Ruth Tosetti, have collaborated on a soon-to-be-released documentary, “Universal Babe.” Those who are accustomed to thinking of Ruth’s off-the-field activities in terms of binges and carousing will be pleasantly surprised to learn from the film of the slugger’s noble efforts on behalf of women’s baseball, the Negro Baseball Leagues and the Jews of Hitler Europe.

Dr. Rafael Medoff is founding director of The David S. Wyman Institute for Holocaust Studies, in Washington D.C. This article was originally published by JNS.org. 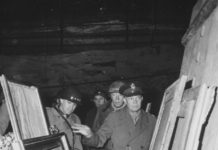 Decades After the Holocaust, Efforts to Return Nazi-Looted Art Are Slow, Steady 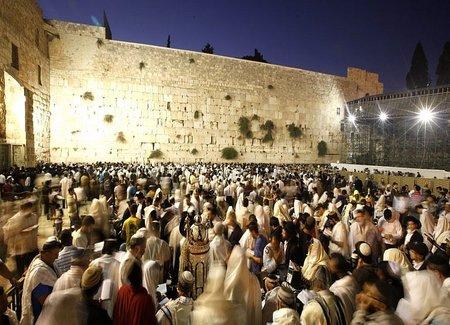