The Massachusetts rabbi recently won the Henry Morgenthau III Prize for “Headstone,” his newly released compilation of poetry. The award, given annually by Passager Books, is meant to honor the first work by a poet 70 years or older. The publishing company itself notes that it’s a “journal and press for writers over 50.”

Elber read a sample of his work, as well as answered questions and signed copies of “Headstone,” on Oct. 30 at Baltimore Hebrew Congregation, where Passager Books is housed. While hundreds of books were considered for the prize, Elber’s poignant reflections on pre-World War II Europe and his hometown of New York City secured him the win.

“I recognize that poetry isn’t extremely popular; it has a select audience,” said Elber. “But so does Jewish mysticism which I am very interested in, too.”

Henry Morgenthau III, the award’s namesake, was a television and documentary producer who became a poet in his old age. He published his poetry collection “A Sunday in Purgatory” at age 99, with his family creating the award in his honor.

The son of two European Holocaust refugees, Elber grew up in Queens, N.Y., in a household that spoke Polish, Russian, German, Yiddish and English. He also started learning Hebrew, which led to a job in Israel translating Hebrew rock songs into English. He spent many years as a musician and songwriter, an experience that informed his later poetry writing. Elber said during the Q&A portion of the event that he views his songwriting as practice for his poetry, and many of his writings follow an almost musical structure.

Elber would go on to study poetry with Yehuda Amichai, Philip Levine and Allen Ginsberg, a key figure in the Beat Generation of literature perhaps most known for his poem “Howl.” He actually had the opportunity to share some of his own poetry with Ginsberg, who he recalls as being a harsh but fair critic. The rabbi also cites Walt Whitman as being an inspiration for his writing.

In 2007, Elber was named “Poet of the Year” by the Beat Museum in San Francisco.

“Headstone,” out in October, centers around the eponymous long-form poem, a several-part conversation between a son and his father after his father has died. It explores themes of grief, legacy and expectation as Elber looks back at his own life and the sacrifices his parents made to give it to him.

“I have poems that predate my parents meeting — them being together, my own birth, having a child — so that’s the narrative arc [of the poems] over 70 years,” he said.

Fittingly, the book’s cover is a painting by artist Margaret Singer, who escaped the Holocaust in 1939 and went on to become a poet and artist. Her history mirrors that of Elber’s and his Holocaust survivor parents.

Elber also looks to the Bible and its stories for inspiration. Two of the poems he read at the live reading are takes on the stories of Moses and Abishag, King David’s female servant.

Elber serves as the rabbi of Beth El Congregation in Fall River, Mass., with his wife Shoshana Brown acting as cantor. He sometimes uses his poems in services, as does Brown, who also writes poetry.

Another influence on Elber’s writing is his interest in Kabbalah, Jewish mysticism. He holds graduate degrees in Kabbalah and Jewish philosophy from Hebrew University in Jerusalem and is certified as a Jewish meditation instructor.

“I see all the arts as very spiritual and engaging in them as a spiritual act,” he said.

Elber said he doesn’t have any concrete plans for future published works, but hopes (and aims) to continue writing poetry for as long as he can.

“I plan to write almost every day. That doesn’t mean I will always succeed, though,” he pointed out. “I hope I’ll have the strength to keep [writing] as much as possible.” 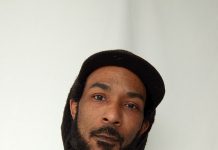