Many of the more than 25,000 Baltimoreans who live in the area of Northwest Baltimore north of Northern Parkway but within city limits are relatively immune to the traffic, crime and poverty linked to the Pimlico Race Course, but they benefit from their proximity to the track nonetheless.

The five neighborhoods north of Pimlico are eligible to receive about $1 million in impact funds annually from the state to spend on improvements to safety, infrastructure and recreation spaces in the area. The money comes from revenue generated by slot machines at Maryland’s five casinos.

Some residents see themselves as put in an awkward situation: They watch money from an activity they oppose make improvements in their own community.

Rabbi Mark Yerachmiel Shapiro of Moses Montefiore Anshe Amunah Congregation recognizes the ethical dilemma that casinos pose for much
of the community. Nothing in Judaism, he said, explicitly prohibits recreational gambling, but gamblers are forbidden from bearing witness in Jewish courts. Like many, Shapiro interprets “gamblers” to mean those who make a living off of betting, and he noted that both the congregation’s sisterhood and brotherhood have taken recreational trips to casinos in the past.

But Shapiro said he is well aware of the potential gambling has to negatively affect lives when a recreational hobby becomes an addiction. But in this case, he added, the good the casinos do in jobs and funds for education almost outweighs the risk.

“If there is improvement being made, God bless it, because that’s what Baltimore needs,” said Shapiro. “I always say, there’s nothing we can really do about ISIS, being here in Baltimore, but we have a lot of suffering and misery going on right down Park Heights.

“If playing some slots helps build that community and give it a little more hope, then I’m happy the casinos are open,” he continued.

The state of Maryland has raked in as much as $460,717,200 in additional funds each year since the casinos began opening in 2012. That money has gone to fund education, to the agency that oversees gambling in the state, to grants for small minority- and women-owned businesses and to grants for local communities.

Under the 2008 law legalizing slot machines in the state, officials determined that 5.5 percent of revenue would go toward maintaining and improving communities adjacent to casinos. Those neighborhoods, legislators argued, are at a high risk of being negatively impacted by such casino-linked problems as lower property values and increases in crime, poverty and traffic.

The area surrounding Pimlico was, at first, left off the list of communities receiving funds. The state’s most iconic race track does not host any slot machines, and the original plan specified communities impacted by slots gaming. State Sen. Lisa Gladden and Dels. Sandy Rosenberg, Jill Carter and Nathaniel Oaks, all of whom represent the city’s northwest neighborhoods, worked to get the Park Heights area included.

The five neighborhoods within the district but outside the immediate Pimlico perimeter — Cheswolde, Mount Washington, Glen, Liberty Heights and Cross Country — were later added as recipients of 25 percent of the funds after more lobbying by local legislators. The other 75 percent of the impact money is supposed to go to the Park Heights Master Plan, a city-developed initiative that aims to rebuild the Park Heights community by improving neighborhood leadership, resident safety, the local economy and citizen involvement.

“For many years now, Pimlico’s impact on surrounding neighborhoods has been mainly felt during Preakness week, when tens of thousands descend on the track for the second jewel of the Triple Crown,” said Tom Stosur, director of  planning for the city. “Generally speaking, much of the property is underutilized for most of the year.”

Rabbi Benjamin Sharff of Har Sinai Congregation was a member of the Baltimore Board of Rabbis when the group published its position in opposition to expanding gambling in Maryland. For him and the other rabbis on the board, the potential for good fell short of outweighing the negatives of more gambling in the state.

Gambling, said Sharff, “tends to take money from people who can least afford it.”

Sharff fears that Baltimore will follow the path of Atlantic City, which, after more than three decades of success, has seen its local economy freefall; crime rates have increased, and once-prosperous casinos are shutting down in quick succession.

“It’s probably not going to be as effective as people think,” said Sharff.

For the presidents of the five neighborhood associations that receive the quarter of Pimlico-area impact funds, the problems have already begun. The associations are balancing a wait list of projects two years long as they try to plan for 2015.

Ronnie Rosenbluth, president of the Cheswolde Neighborhood Association, has yet to see the city’s new Horseshoe Casino and said he’s given it no thought, but his neighborhood is set to benefit directly if revenue is as good as expected.

In 2013, Hatzalah of Baltimore broke ground on its new training facility on Taney Road, near Western Run in Cheswolde. The facility was helped by a $315,000 grant derived from the impact funds, but Rosenbluth said the project went ahead after the funds were tied up at the city level on the notion that the money would be reimbursed. More than a year later, the community is still waiting, he said.

“We were told two years ago to have shovel-ready programs, and we were told that as of July 2, 2013, ‘the check will be in the mail,’ and the check wasn’t in the mail,” said Rosenbluth. “After two years, you have a lot of frustration.”

The delay, he said, is because of the City of Baltimore. When the state collects revenue from the casinos to distribute to the various grants and projects, Park Heights’ impact funding goes to the city to dole out. Since 2012, much of the money has been held up at City Hall while officials determine how to distribute the money to the neighborhoods and make sure that hundreds of thousands of dollars is all accounted for at the end of the year.

Although the association, which has been around for more than a decade, receives other money to help fund its projects, the money from the impact fund dwarfs all other sources of revenue. So the wait has been especially grueling.

“It’s worth it,” said Sandy Johnson, president of the Fallstaff Neighborhood Improvement Association. Her organization has been slowly making progress toward the opening of a bilingual resource center since the project was first approved by the board of five presidents in 2013.

“You can’t really go out and hire somebody on a wing and a prayer that you’ll have the money,” she said. The association is waiting on Fiscal Year 2014 funding to hire the bilingual counselor needed run the resource program and for the funding to start a street-sweeping arrangement with Chimes, a local organization that offers employment to those with disabilities. The organization’s fiscal year ended in July.

The majority of the funds the five neighborhoods have seen so far have gone to park and public space improvements in the Mount Washington neighborhood, where the extension of the Jones Falls Trail provided an opportunity to combine work with some of the construction already slated to take place in Northwest Park this spring.

Other improvements in the area have been in Luckman Park, where renovations were made with some of the funding from the first two years of the impact funds. But the project took longer than expected, said Bryce Butler, president of the Mount Washington Improvement Association, when funds were tied up as the city determined how to disburse them.

“They said, ‘Well, the funds are here,’ Well, where are they? ‘Oh, the housing department.’ Oh, so when are we going to see them?” Butler said of the wait for the money. “It took them a long time to realize we need a fiscal agent like Healthy Neighborhoods.”

Since his neighborhood received the lion’s share of the impact money in the past two years, Butler said he will not ask for funds in the upcoming years. It is part of a system the five neighborhood associations have worked out. When the presidents meet quarterly, they determine which neighborhoods can use the funds most effectively at that time and divide the promised money accordingly.

“I think one of the benefits is that the five neighborhood presidents are talking collectively about the improvement to the whole area, not being so myopic or provincial that it’s just Fallstaff or Mount Washington. They’re being better neighbors to each other,” said City Councilwoman Rochelle “Rikki” Spector, who represents the city’s northwest and makes a point to attend each meeting. “They’ve stabilized that whole area because of that understanding and that communication.” 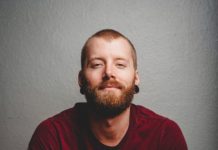