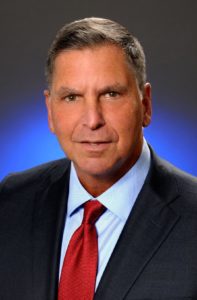 When Marc B. Terrill announced back in the late 1990s that he was leaving his fundraising management position at Combined Jewish Philanthropies after just a few years, there was an audible lament among staff members. His shoes would be big to fill, and everybody knew it.

After 20 years at the helm, he has announced his intention to step down from his role as president of The Associated: Jewish Federation of Baltimore in June of 2024.

The Miami-born Terrill, 61, who holds a bachelor’s degree in psychology from the University of Florida and a master’s degree in social work from Yeshiva University in New York, began his career at The Associated in 1989 as assistant campaign director, leaving for three years to go further north to Massachusetts. Over the years, he has served in multiple roles, including as executive vice president. In 2002, he was named president-elect.

He has made Jewish communal service his life’s work, from leadership on his college campus to an entire career at Federation. In addition, he has served as a trustee on the boards of the Baltimore Community Foundation, LifeBridge Health Systems and the JPro Network.

Over the years to those in his orbit, the father of three and Owings Mills resident noted how much Maryland had become his true home.

Under his leadership, The Associated has expanded its reach in the community through volunteerism with the creation of Jewish Volunteer Connection and other programs geared towards giving Jews more opportunities to connect with The Associated.

“So much of my life has been tied into The Associated and our incredible community,” said Terrill. “I have been fortunate to be president of the Associated for over 20 years and connected to the organization in various capacities for over 30 years. Even though my role will eventually change, my love for this community will never end and, for the next two years, I am looking forward to continuing our work. There is a still a lot of work to be done.”

The search for a new leader will begin right away, and it is expected that Terrill will overlap with his successor to ensure a smooth transition.

“Succession planning is a best practice for all healthy organizations, and this strategy has been a hallmark of our system for decades,” said Terrill. “We have learned from experience that the best governance practice is to allow ample time to strategize and execute a seamless leadership transition.”

Neuberger said “we are deeply grateful for Marc’s leadership over his tenure, and Baltimore has been blessed with his service for these past 20 years. Now, as it is time for a transition, as usual, Marc’s thoughtful leadership and planfulness have given us time to conduct a national search and ensure a transition for this critical role. We look forward to celebrating his accomplishments and tenure as we get closer to 2024.”