When members of the community are afflicted with a medical condition, they often turn to family members or other loved ones to provide the vital care that they need. But when these caregivers need support, where do they turn to?

“Yeah, it’s challenging,” said Carol Sandler of Pikesville, who has been caring for her husband Sheldon since his diagnosis with Parkinson’s disease nine years ago.

Her husband relies on a wheelchair, so he needs help with tasks that include dressing, washing and simply getting from one place to another. She also must assist him with eating, being careful to ensure he doesn’t choke. Sheldon Sandler is a substantial fall risk as well, Carol Sandler said. Six years ago, she noted, a falling incident resulted in a brain bleed that she suspects negatively contributed to the gradual advance of his symptoms. As though this were not enough, there is also his cognitive impairment to contend with, she added.

Through it all, Carol Sandler has had to find the strength to remain patient with her husband. There are times when she has to repeat things because he doesn’t understand her. Other times he will want to show her something, but his movements to do so will be rather slow, leading to her wanting to say, “I don’t have time for that right now!”

Carol Sandler has hired three or four different aides to assist with Sheldon Sandler’s needs. “We all make choices about how to spend money, and I felt this was necessary in our situation,” she said. Some other caregivers have difficulty paying for their loved ones’ care, she said.

So far it has not been necessary for Carol Sandler to keep her husband in the hospital, something she has been very glad for. She is also grateful for some of the small victories that come with this role. “Waking up in the morning is wonderful to have one more day,” she said.

Carol Sander has had support from others. In addition to neighbors who have offered to lend a hand, her two children, who live out of town, also help. “Our son visits often, and our daughter calls almost every day,” she said.

Carol Sandler was also grateful for a support group offered by Jewish Community Services available to both individuals living with Parkinson’s and their caregivers, run by a JCS social worker, Caitlin Rife. The monthly support group has an educational aim, bringing in speech language therapists, neurologists and other experts to talk about the effects of Parkinson’s.

One of the subjects Rife commonly goes over in her support group relates to who should be on the “care team” of someone diagnosed with Parkinson’s, she said.

“When you think of Parkinson’s, we think of movement disorders,” Rife said. “A neurologist would be who you’d immediately think of. But there’s going to be a whole team of doctors and specialists that you can refer to or ask questions about.

“And I think that’s our biggest goal,” Rife continued, “is what questions should I be asking the doctors that are on my care team?”

Parkinson’s caregivers “can be in it for the long haul,” Carol Sandler said. “It’s good in a way because you have the person with you for a while.” While stating none of this is her husband’s fault, she acknowledged that, “it can be wearing, and the support groups are very important, having other people who are feeling the same as you.” 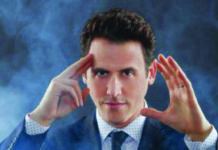