Passover is just around the corner, but with the pandemic still raging, an in-person get-together to share in mom’s famous brisket or matzah ball soup may still be too great of a risk. For those who wish to celebrate but lack experience in preparing a seder meal, or for those who just would prefer to let someone else handle the cooking, one of these catering options may be right for you.

“Holiday catering is really something that the community has come to count on us for over the years,” said Jared Earley, the marketing director at Eddie’s of Roland Park, who estimated that Eddie’s has been providing Passover catering for at least three decades.

In addition to a number of individual items available for sale on their Passover menu, including chopped chicken liver and gefilte fish, Eddie’s has three main options for seder meals: Passover in a Box, Deluxe Seder for Six and Passover Plate. While the Passover Plate serves one, the other options both serve up to six. Passover in a Box provides a fairly traditional seder meal for a family, Earley explained, including roast brisket, potato kugel and matzoh ball and chicken soup. Meanwhile, the Deluxe Seder for Six combines both traditional foods with some newer flavors, including sweet chili glazed salmon, eggplant caponata and a savory onion-and-thyme matzah kugel.

Eddie’s is offering contactless doorstep delivery and curbside pickup for its Passover menu, Earley said, citing it as a major convenience for their customers.

While Eddie’s offers kosher-style recipes, Earley said, they are not a kosher facility. Though at their Roland Avenue location, they do carry kosher wine, along with some prepackaged kosher items at both of their stores, he said.

“The opportunity to gather around food, it means different things to different people, but it definitely means love to us,” Earley said. “We put a lot of love into the recipes that we create, and so when you’re gathering with your loved ones, we hope that holds true in the food that you’re savoring, knowing we made it with a lot of heart and care.”

City Seeds, a catering company and on-the-job training program for people with barriers to employment, has been offering a kosher-style catered Passover for the last four years, said Executive Chef Aharon Denrich.

Their principal Passover offering is their Seder in a Box, which serves four and can include brown mustard-and-apricot-glazed sliced corned beef brisket, the Moroccan spice-rubbed chicken with vegetable tajine sauce, and the chocolate macaroon cheese cake. Also included are ritual items such as a shank bone, roasted egg and charoset.

For those not looking for a four-person meal, City Seeds can accommodate an order intended to serve two people, Denrich said, though he did not feel they were able to provide orders only meant for one diner.

City Seeds makes everything from scratch, Denrich said. Additionally, customers who purchase from City Seeds will be helping to create jobs for people who often struggle to find work, he said, as City Seeds commonly hires those with developmental or physical disabilities, nonviolent offenders released from incarceration, people recovering from an economic downturn and veterans.

While not a kosher establishment, The Classic Catering People has been offering catered Passover meals for 30 years, said co-owner Harriet Dopkin.

Their two primary offerings are their Passover Traditional Dinner and Passover Vegan Dinner.

The Passover Vegan Dinner is designed to serve two and includes a beet and quinoa cake, pastrami-spiced butternut squash and dashing chocolate-dipped strawberries. Also included are the aforementioned ritual seder plate items, although the lamb bone and egg have been swapped for a roasted red beet and boiled round potato.

If patrons are looking to place an order smaller in size, the company is happy to work with them to select specific items from their Passover A La Carte menu, Dopkin said.

“Regardless of whether you get part of the meal or the whole meal,” Dopkin said, “anything that creates an environment of less stress, that helps to bring forth joy when we can focus on what’s important. And that’s family and freedom and health.” 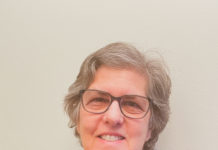