Worried? Repulsed? Intrigued? The emergence of Brood X is eliciting a whole host of emotions and has left people wondering what to do about them. Or with them.

Foodies have suggested popping cicadas in your mouth. “Why not embrace Brood X as the free-range, sustainable source of protein that it truly is?” Wired magazine writes.

“They have a buttery texture, a delicious, nutty flavor, probably from the tannins, from the roots of the trees on which they fed,” AP quoted University of Maryland entomologist Mike Raupp as saying. “And they’re going to be really good with a Merlot.”

According to Rabbi Ari Zivotofsky, a neuroscience professor at Bar Ilan University who explores exotic kosher food on the side, locusts are kosher, but cicadas are not.

“You’re not going to find anybody who says that cicadas are kosher,” he says. “There are kosher insects, but they’re all species of grasshoppers and locusts. There are no kosher cicadas.”

Zivotofsky said that before World War II, the tradition of eating locusts was confined to Jews in Yemen, where the insect was more prevalent. The custom has since expanded, including to the Zivotovsky home.

“I find it gross, but I let my kids eat locusts,” he said.

For an animal to be kosher in Judaism, it needs to fit the rules set out in the Torah, and there needs to be an established community tradition of eating the animal. Herzfeld said cicadas are never kosher, but there is also no tradition among Ashkenazim of eating locusts. Therefore, locusts are not kosher for Ashkenazim, either.

“But if somebody was invited to a Yemenite Jew’s home for Shabbes dinner and they served locusts, then they could eat them. But an Ashkenazi Jew is not allowed to cook them up and serve them on their own,” Herzfeld explained.

As for cicadas, they’re off the menu. 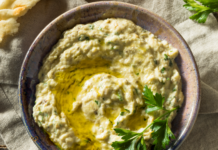 How to make baba ghanoush at home 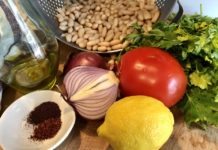 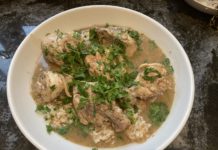