Some 240 Congress members have signed on to a bipartisan letter to the U.N. secretary-general calling for an international effort to defend Israel and limit the Lebanon-based terror group Hezbollah.

Antonio Guterres, the letter said, should “lead an international effort to limit Hezbollah’s capabilities and to avoid the devastating but avoidable outcome of which you have previously warned. We bear significant civilian costs in Lebanon if Israel must act to defend its citizens because Hezbollah has positioned its massive arsenal in civilian areas, turning much of Lebanon’s population into human shields. Hezbollah will bear the responsibility for that, as will the Government of Lebanon and the international community.”

Democratic Reps. Elaine Luria of Virginia and Haley Stevens of Michigan and Republicans Lee Zeldin of New York and Michael Waltz of Florida spearheaded the letter. Luria and Zeldin are Jewish.

The letter references U.N. Security Council Resolution 1701, passed after the 2006 Lebanon War, which called for the Lebanese government to exercise its sovereignty throughout the country and disarm terror groups, and also increased the size and mandate of the United Nations Interim Force in Lebanon, or UNIFIL. 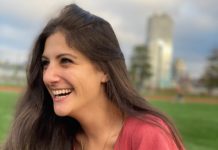 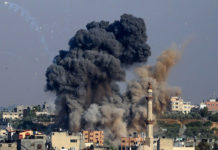