It will be a busy and intensely Jewish fall for veteran actor Bruce Randolph Nelson. The City Paper’s choice for best actor of 2012, Nelson is playing Jewish comedian Groucho Marx in Centerstage’s revival of “Animal Crackers” and Jewish artist Mark Rothko in Everyman Theatre’s production of “Red,” all within a three-month period. In fact, said Nelson, the last week of “Animal Crackers,” which is a wacky musical comedy, will be the first week of rehearsals for “Red,” which is a serious drama.

But Nelson, 47, a longtime member of Everyman’s resident company, isn’t complaining about the demands of his schedule or the remarkably dissimilar roles he will play in such short order. In fact, he couldn’t be happier.

“My career has always been about big right-hand turns in character,” he said. “And one of the advantages of being part of a company like Everyman is that they’re always stretching and challenging you. They are willing to take chances [with casting] since they know you intimately and know what you can do.”

Although Nelson feels fortunate that he has been able to perform both comedic and dramatic roles, he admits that comedy is harder.

The comedy in “Animal Crackers,” as anyone who’s seen a Marx Brothers movie knows, is highly physical.

“There’s a lot of racing around and anarchy on stage — anything that would upset the applecart,” said Nelson. “The Marx Brothers’ style grew out of vaudeville. It’s very presentational and at the footlights.”

To prepare for the role of Groucho Marx, Nelson researched all the brothers, trained with a vocal coach and “made a meal” of the movie version of “Animal Crackers” and other Marx Brothers films. Nelson said his ultimate favorite is “Monkey Business.”

Where Groucho is concerned, Nelson is especially impressed with his work on the TV program “You Bet Your Life,” which aired on radio and television from the late 1940s to the early 1960s.

Donald Hicken, who will direct Nelson in “Red,” is a huge fan and said he is thrilled to be working with him again. Hicken, one of Baltimore’s most prolific directors, is also theater department head at the Baltimore School for the Arts. He noted that the play’s theme — the process of creating art — is one with which he naturally identifies.

“As an arts educator, it’s easy for me to connect to this piece about a young artist so passionate about art. I see this every day,” said Hicken. As a matter of fact, the role of Rothko’s youthful assistant, Ken, will be played by one of Hicken’s former students at the BSA, Eric Berryman.

Hicken speculates that “Red,” a Tony Award-winning play written by John Logan and first produced in 2009, got its title from a discussion that takes place in the play about the impact of color on human emotion. “Rothko had a fascination with myth, death, passion and what color evokes in people,” he said. “He was also tormented by the way people engage with a work of art and frustrated with people who choose art because it will fit well over the sofa or match with the furniture. He wanted them to have a more profound experience, where the painting was the dominant event. He was concerned with how art was observed. He wanted it to be seen in an environment where light and auditory phenomena were controlled.”

Those concerns are at the forefront of “Red’s” storyline. Ken accuses Rothko of “selling out” when the older artist agrees to sell his work to a Four Seasons Hotel. When Rothko visits the hotel and imagines his paintings hung on the walls there, he backs out of the deal.

Although art and its creation takes center stage in “Red,” Hicken stressed that the play’s human dimension is also paramount to the play’s appeal. “It’s the story of an encounter between two men — a young man and an older man — who share a passion. It’s a human story.”

Queen fans will be in for a royal treat when “We Will Rock You, The Musical” comes to the Hippodrome Theatre Oct. 15-20. For tickets, visit broadwayacrossamerica.com.

Get tickets for “Animal Crackers”>> 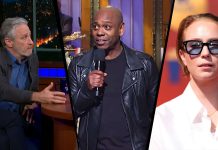