I’ve often compared my life to one of those plate spinners. I have 10 plates spinning at all times, and all is going well. Then someone comes by and nonchalantly adds another five plates, and over the next few minutes my heart is pounding, sweat’s dripping down my face, everyone’s giving me disappointing looks as some plates start to slow. Finally, one comes crashing down to the floor … and all everyone cares about is the darn broken plate.

OK, I admit it: I blunder. I make mistakes. Sometimes I crack under pressure. But I’m willing to look back and forgive myself because I know how hard life can be sometimes. But does everyone really have an excuse? For generations people have tried to figure out how Adam and Eve could have messed up when they only had one thing to worry about. How can someone hyper-focused on only one task — and, frankly, not the world’s most complex task — possibly justify any error whatsoever?

The simple answer is that Eve was tricked by the serpent. But how does one convince a person who stands in perfect knowledge of the existence of her creator to defy His one wish? The answer to that question is what makes the Jewish people tick.

Rabbi Shimshon Raphael Hirsch stated that the serpent deceitfully and spitefully convinced Eve that God was afraid of sharing His abilities and that to eat of this fruit would cause Eve to be just as knowledgeable and able as God himself. Neither Adam nor Eve could stand for such a thing. They couldn’t fathom allowing anything or anyone to hold them back from accomplishing their full potential in this world. They were sick at the thought and thus proudly consumed that which they thought would be their catalyst to greatness.

Adam and Eve were tricked and faulted for their gullibility and lack of trust; however, the sentiment and the depth of their yearning for self-perfection are among some of the most profound everlasting lessons of the narrative. In essence, what they sought is what every Jew is supposed to seek.

Rabbi Hirsch, commenting on the Chapters of Our Fathers, stated that Judaism is perhaps the only religion in the world that seeks to render its clergy superfluous. What this means is that every teacher among the Jewish people has the express goal of imparting everything they have to offer upon every one of their students. If a student surpasses the teacher, the only appropriate reaction is unadulterated joy. The rabbis are not intermediaries between the Jews and God. They themselves seek to get close to God, and they seek to help others figure out the proper path to get close to God. But we’re all in the game. Everybody needs to accomplish everything through their own means, everyone has the potential of rising to the top, and no one is exempt from trying, not even for a moment.

Eve was tricked, it’s true. And she and her husband could have done more to make the situation less dire. But that doesn’t change the fact that the serpent’s methodology was embedded in flawless and timeless logic. Adam and Eve desired to reach their full potential — every one of us should do so as well. 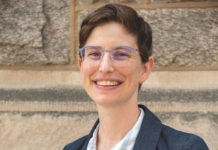 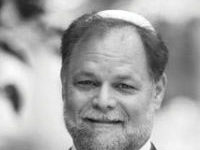