Tzipora S. secured her passport from Iran to Switzerland by miracle.

“When I went to renew my passport and get a tourist visa to Switzerland, they asked me why I didn’t bring my old one with me. I had gone to Israel before the revolution,” Tzipora, who could not use her full name because of security reasons, said. “I told the authorities someone must have taken it. But the truth is that I had burned my passport. They called my husband to come and substantiate the story.”

Esther and Avraham S. sat there shaking, the authorities interrogating them. Then, by miracle, the man behind the counter became ill.

“He had a terrible stomach ache, all of a sudden,” Esther recalled. “So he just signed the papers and let me go.”

The plans were to travel to the United States and visit her sons, three of whom at the time were studying at Ner Israel Rabbinical College in Pikesville. Avraham was forced to stay behind; the Iranians were worried that Esther would not return and Avraham was her guarantor.

Esther took her then 4 1⁄2-year old son with her and traveled to Switzerland, where she was told she would need to travel to Vienna, be recognized as an Iranian refugee and then make her way to the U.S.

Esther recalled that she did not like the word. She did not want to be a refugee.

“I had my house, my car, a married daughter and my husband still in Iran,” she said. But her husband and sons told her to stick to the mission.

Esther took her son on the train and the conductor asked for the ticket. She did not know what he was asking for. Ticket? So he searched her entire bag. When she finally arrived at her destination, it was erev Shabbat. By luck, an Israeli recognized them as Jews and brought them to his home for the weekend. She could not eat. Her eyes were swollen from crying.

En route, Esther got sick and was hospitalized. Her young son had no one to care for him, and he barely ate or drank. A rabbi visiting the sick at the hospital saw him and wrote a letter to Iran on the family’s behalf. Esther needed surgery, and the letter, in combination with Avraham’s tears — a grown man pleading before the Iranian authorities — convinced Iranian officials that Avraham could travel abroad to help his wife and son through the process.

Esther was treated, and the family ultimately made it to the U.S. Their married daughter came seven years later. Avraham still has two sisters in Iran.

“We came here and we started from zero,” said Avraham. “I said, ‘God gave to me in Iran, and God will give to me here, too.’”

Fighting For Asylum
Since the Islamic Revolution in 1979, many like the S family have emigrated from Iran due to religious discrimination. Despite the official distinction between “Jews” and “Zionists,” and the reality that Iranian Jews do enjoy a measure of religious freedom, they are faced with constant suspicion of cooperating with the Zionist state and with “imperialistic” America — both such activities are punishable by death.

The Jews live under the status of dhimmi, with the restrictions imposed on religious minorities, and they fear government reprisals if they draw attention to official mistreatment of their community.

Since the early 2000s, HIAS has helped thousands of Iranian refugees — Jewish, Christian, Zoroastrian and Baha’i — escape to a better life. And the organization has also played the central role in keeping the Lautenberg Amendment alive, the amendment that keeps open a critical path to American safe haven for foreigners persecuted because of their religion.

The Lautenberg Amendment, named for U.S. Sen. Frank Lautenberg (D-N.J.), who introduced the measure in 1990 to provide a mechanism for hundreds of thousands of Soviet Jews to exit their crumbling country and immigrate to freedom in the U.S. Since 2004, has served as a lifeline for religious minorities fleeing the Islamic theocracy of Iran — as many as 1,000 per year. Since its inception, an estimated 40,000 people have been helped by the amendment.

Earlier this month, the amendment’s life was as at stake. Subject to a sunset clause — funding has to be renewed every five years — and sequestration’s across-the board cuts, it looked like the Lautenberg Amendment would disappear. In a last-minute move, on March 6, Republicans in the U.S. House of Representatives handed the program a lifeline. They included it in a continuing resolution, a stopgap measure that funds critical government programs while Congress and the White House continue to negotiate the budget. The resolution passed by a vote of 267 to 151.

This was not the first roadblock the amendment hit. In 2011, when Republicans captured the House, Representative Lamar Smith (R-Texas) ascended to the chairmanship of the body’s Judiciary Committee. A hardliner on immigration, Smith at first would not allow the amendment to advance to appropriations.

“Whether some potential refugees should be singled out for special treatment is open to question,” wrote Smith at the time.

“We spent a lot of time in San Antonio that year,” recalled Mark Hetfield, the president of HIAS.

Hetfield’s plan is to change that, and he is making it known at the top.

Hetfield and 13 other faith leaders on March 8 met with President Barack Obama about comprehensive immigration reform. At the meeting, according to a statement by the White House, the group discussed the president’s pillars for reform, including that any bill must include a pathway to earned citizenship, as well as measures to crack down on employers who game the system and exploit both American and immigrant workers. They also discussed continuing to strengthen our border security and strengthening the legal immigration system for families, employers and workers.

Hetfield told the president flatout that the system is broken, and there is no reason why a piece of legislation like the Lautenberg Amendment should be at risk every year.

“It makes no sense that every year we have to fight to get protection for Iranian refugees fleeing persecution,” Hetfield told the President. “This, too, should be fixed.”

Hetfield told the JT he would like to see new legislation that allows the secretary of state to have the discretion to designate one or another group as having refugee status. This is so important in the Iranian context, he explained, because without a U.S. embassy in Iran, refugees have to flee to a third party. The other country — in the case of Iranians, usually Vienna — will turn them away if it does not know that within a short period the immigrant will leave for America; the country does not want to risk accumulating large numbers of refugees.

While today the majority of refugees from Iran are not Jewish, Hetfield said this issue should be on the forefront of the Jewish community’s mind.

“Immigration should be a front-and-center issue for the Jewish community. … This goes to the core of who we are as a people. … We need to show the world we really care about welcoming the stranger,” Hetfield said. “This was the No. 1 issue for the Jewish community until the founding of the State of Israel. Now that we have a place to go ourselves, we should not forget about others who also need a homeland.”

And, he further pointed out, that this is the foundation of American society, too.

“This country was founded by people who were fleeing religious persecution, and it is about preserving that tradition and respecting that human right,” said Hetfield. “And what we see is that when we give them the freedom to come here, and when they exercise that freedom, they are an asset to society — incredible contributors to society at every level.”

Jewish Heritage Reclaimed
That is certainly what Ellen Rosen has seen. The manager of resettlement services for the local branch of HIAS, a program of Jewish Community Services, Rosen said many of the Soviet Jews she helped resettle in the organization’s heyday (the late 1980s and early 1990s, when 1,000 Soviet immigrants per year came to Baltimore) are now working at JCS — or at least volunteering. She said the majority of her clients went to school, became professionals and opened businesses and restaurants.

Those are people like Juliya Sheynman, though she personally came into the U.S. at the New York port.

“Looking back, my only sense of Judaism in Russia was hearing my grandfather sing to me in Yiddish. … I had never seen a shul, never seen my father put on a tallis,” Sheynman recalled.

While Sheynman was too little to remember any violence in Russia, she recalls the discrimination. She said people were treated differently in the workforce and at school. Jewish was a nationality; religion was not allowed in Communist Russia.

“It wasn’t active persecution but a viral discrimination that was based on previous persecution, based on previous stereotypes and genocidal actions that had become ingrained in people. … If all you are taught is that Jews are dirty and mean and steal and are stingy, then how else would you look at a Jew?” Sheynman said.

Sheynman’s family was provided passage from Russia because they were Jewish. At the time, there was no direct transport, and they traveled from Minsk to Austria, to Italy and then to the U.S. At each stop, they were delayed, waiting for paperwork. But they were lucky to leave.

It took more than one year for the family to arrive in New York, where they moved in near Sheynman’s great aunt. Sheynman started in the English as a second language program at the area school. She laughed, recalling how she did not learn a word of English.

“All the kids in the ESL program were Russian; we spoke among ourselves,” she said.

Ultimately, the family followed Russian friends they met in Italy to Seattle. That move, said Sheynman, “was a huge culture shock.”

“I remember I had this doll from Russia, and that was my toy. … My mother told me later that every time we would go the store, my brother and I would ask for things, and her heart would break because all she had in her wallet were food stamps,” she said, noting that they received $274 in food stamps and $675 in cash, $450 of which went to rent alone.

It took the family two years to become self-sufficient. Sheynman recalled her parents’ strong drive to be off the welfare system, to buy a house. “They worked very hard to establish the life they were seeking,” said Sheynman.

And today, as an adult, Sheynman, who moved to Baltimore almost five years ago, credits HIAS, local Jewish organizations and the kindness of strangers for softening the family’s landing, helping them make it in their early years. Now, she wants to give back.

As a child, Sheynman received Chanukah gifts from the local federation. Today, she and her family — husband, Leon and children Miriam and Chana — purchase gifts for children in need in the area. Sheynman recently signed up to volunteer with the Holocaust Survivors Social Club. She said her life is framed by the stories of her grandparents who escaped from Russia to Siberia to avoid the Nazi occupation. They returned years later so she could have her own exodus — a fleeing from persecution and a reclaiming of her Jewish heritage.

“My exodus was all encompassing. I had a physical exodus from Russia and a religious exodus from not knowing I was Jewish to becoming observant,” said Sheynman. “Whether physical, philosophical or religious … I think we each have our own exodus experience.”

A Stranger In A Strange Land
The Forgotten Refugees 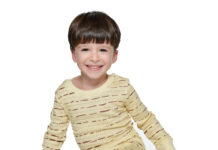 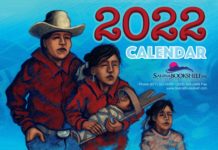 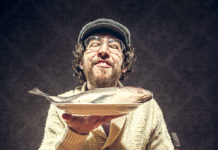