As Congress ushers in the administration’s new tax plan and many wonder how their incomes will be affected, the community nevertheless stepped forward last week on Giving Tuesday to help area Jewish agencies and initiatives help others.

At The Associated: Jewish Community Federation of Baltimore, about 100 volunteers spent Nov. 28 at the Park Heights JCC in shifts, making calls and rounding up donations via email, Facebook, Twitter and Instagram.

With a goal of $825,000 for the one-day appeal, volunteers collected $937,000. That comes on the heels of another successful one-day fundraiser in October — Super Sunday — that hauled in $1.2 million. The 2017 annual goal is $31 million. The campaign concludes at the end of June.

“What a beautiful thing for this community, for this country, to have a day of giving, especially after Black Friday and Cyber Monday, where you buy gifts for your loved ones and for yourself,” said Linda A. Hurwitz, chair of the board of The Associated. “We’re fortunate that our community is extremely giving and understands our needs and that The Associated has earned the trust of our constituents that we will allocate these dollars to the needs and concerns of today, for our Jewish community. We’re all in this together.”

Hurwitz said funding allocations change, depending on those needs, including increased funding for recent security concerns and increased funding for financial assistance since the 2007 economic downturn. Funds go to support The Associated’s 27 affiliated agencies and programs, including Jewish Community Services, CHAI and CHANA and the Baltimore-Ashkelon and Baltimore-Odessa partnerships. Upcoming fundraising campaigns include Mitzvah Day on Dec. 25.

Meanwhile, the Jewish Federation of Howard County raised $65,000 on Giving Tuesday to support its agencies and services, including the Jewish Emergency Network and the Claims Conference. The Federation’s phone-a-thon was held at its office in Columbia. Fifteen board members, community volunteers and staff worked the phones.

About $1,000 of the total came in via Facebook fundraisers, according to Jewish Federation of Howard County Associate Director Meghann Schwartz.

“We did get a couple of people email or call in the week before, since they knew they wouldn’t be home on Giving Tuesday,” Schwartz said. “Our goal was to get over $50,000, so we are very happy.”

Giving Tuesday funds go toward the organization’s annual campaign, which has a goal of $630,000.

This is the fifth year of the national Giving Tuesday campaign, which was launched in 2012 by the Belfer Center for Innovation & Social Impact at the 92nd Street Y in New York. The initiative follows Black Friday and Cyber Monday on the first Tuesday after Thanksgiving to help spur more end-of-year giving and philanthropy.

For more information or to donate, visit associated.org or jewishhowardcounty.org.

Letters to the editor: July 30 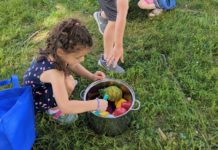 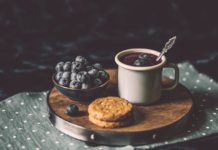