It was spring in northern Greece, 1943. Efthymios Kontopoulos, 13, had come to Thessaloniki for the day when he saw Nazis rounding up the city’s Jews.

“My father brought me into town,” Kontopoulos, who is not Jewish, said. “We saw them being taken away. They were with their [yellow] badges.”

On March 15, 1943, the Nazis began deporting the Jews of Thessaloniki. Some 4,000 people were loaded onto cattle cars and shipped off to Auschwitz. Eighteen more convoys followed. By August, the Jewish community of the city, known as the Flower of the Balkans and a major center of Sephardic Jewry for 450 years, was no more. Of the 55,000 Jews in the city on the eve of the war, 49,000 were deported. Only 1,950 survived.

This month, as the remnants of the Thessaloniki Jewish community prepare to mark the 70th anniversary of the deportations, Kontopoulos believes he has a powerful symbol of the community’s destruction: four of the railway cars used in the transports to the death camps.

Kontopoulos is neither a historian nor a Holocaust expert. He’s a train enthusiast and collector who sees much of life and history through the prism of rail. Which perhaps explains his certitude in the provenance of the cars, despite some doubts raised about their authenticity.

“My life is the wagons as they are,” says Kontopoulos, now 83 and the founder and curator of the Railway Museum of Thessaloniki. “That is history.”

After the war, Kontopoulos followed his passion and joined the Greek railway, spending his career as an engineer. After he retired in 1985, he turned his attention to memorabilia. He convinced the city to donate an old military railway building, which he renovated and filled with his collection of photographs, maps, uniform buttons, an Ottoman-era conductor uniform and Morse code devices. There’s even a bathroom set salvaged from a Greek Royal Railway carriage. The museum is open two mornings a week, and entry is free.

But it’s outside where he has his pride and joy: a collection of rusty locomotives and carriages. A few stand out in stark contrast to the others.

One is an English carriage built in 1900 for the iconic Orient Express, which ran from Paris to Constantinople. A dining car with a full kitchen, bronze velvet tablecloths, rich leather seats, filigree wood panels and brass finishings, it conjures up the luxury and intrigue of the line that inspired plot lines in James Bond films and Agatha Christie mysteries.

On the other side of the yard stand four dilapidated wooden carriages. Some have panels missing; in others, the floorboards are gone. Inside one is a rusty iron ladder, a large plastic bottle of turpentine and a pile of old lumber. Sunlight comes in through one tiny, barred window and through holes in the walls. In these, Kontopoulos believes, the Jews were sent to the gas chambers. “Everyone was loaded onto wagons designed for merchandise or livestock: newborns, invalids, everyone,” said Paul Hagouel, whose father, Leon, survived the journey from Thessaloniki and two years in Auschwitz. “All they had was a bucket in one corner for their needs. So you can imagine many died. It was terrible.”

Kontopoulos gives tours of his rail collection with an infectious energy and enthusiasm, frequently skipping from topic to topic midsentence when something else catches his attention. But when he returns to the wagons, he becomes sheepish. He has plans to renovate them and build a shelter, he says, but it’s just him and a few volunteers. Since Greece’s economic crisis erupted five years ago, the donations he relied upon have dried up.

But he also has another problem. Due to a lack of documentation, there is isn’t sufficient evidence, historians say, to prove that these cars were the actual ones used in the deportations.

Kontopoulos bases his claim on institutional knowledge. Within the Greek railway, he said, it was well known that these carriages, built in Belgium in 1873 and having registration numbers beginning with Z-1, were the ones used to carry Jews to the camps. After the war, some of them were converted to dormitory trains for railway workers. He found these four in an abandoned lot in 1996.

“I feel very lucky we got them because everything else that was there was destroyed,” Kontopoulos said.

Historians say it’s possible these are authentic Holocaust carriages. But Greeks traditionally are not strong on paperwork, and there is no official documentation to back up the claim.

“We have tried to find records of the railways, but we have not found confirmation of the make of the wagons or their serial numbers,” said Jason Handrinos, a historian who did research for a planned Greek exhibit at Auschwitz. “We are not even sure if they were Greek or German.”

The Jewish community is ambivalent. Because of the lack of documentation, the community is reluctant to officially embrace Kontopoulos’ claims. But, in an acknowledgment of the raw power of these carriages and their ability to evoke the horror of the transports, Jewish visitors still come to see them.

“It was very moving to see those cars,” said Stephanie Block of San Francisco, who was part of a delegation from the Jewish Federations of North America that visited the rail cars. “You can imagine the misery of people huddled and packed inside as well as the hatred it must have taken to engineer such a system of mass transport.”

For his part, Kontopoulos is unfazed by the doubts about their authenticity. Undeterred by age or lack of resources, the old collector wants to finish restoring them and put up a plaque so the cars can stand as a testimony to what he saw 70 years ago.

“We have an obligation,” he said, “to use the history of the wagons to show the next generations the horror of that time.” 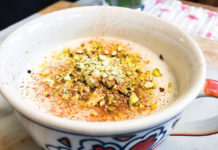 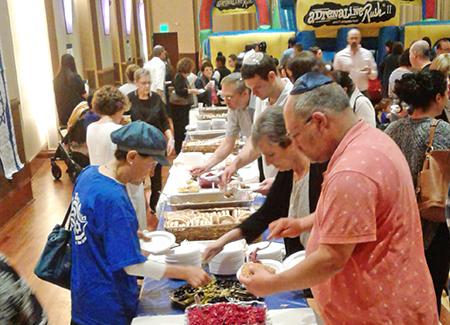